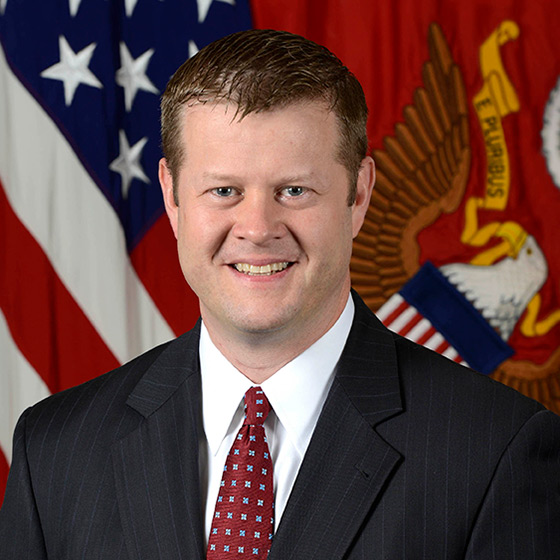 Ryan D. McCarthy has deep experience across the defense and policy space. In September 2019, he was confirmed by unanimous consent of the U.S. Senate and sworn in as the 24th secretary of the Army. In August 2017, he was unanimously confirmed by the U.S. Senate and appointed as the 33rd under secretary of the Army.
Prior to his confirmation as the under secretary of the Army, McCarthy worked for Lockheed Martin Corporation in sequential vice president roles responsible for the sustainment, customer solutions and program integration of the F-35 Joint Strike Fighter program. Previously, McCarthy was a special assistant to the 22nd Secretary of Defense Robert Gates, under Presidents George W. Bush and Barack Obama.
McCarthy served in the U.S. Army from 1997 to 2002 and deployed in combat operations during the invasion of Afghanistan in support of Operation Enduring Freedom with the 75th Ranger Regiment, U.S. Army Special Operations Command. He is a graduate of the Virginia Military Institute and holds an MBA from the University of Maryland Robert H. Smith School of Business.
McCarthy currently serves on the board of directors of CACI International, Tomahawk Robotics incorporated, and is a special advisor and venture partner at Scout Ventures. He is the senior advisor at the Center for the Study of Civil-Military Operations at the United States Military Academy at West Point and is on the board of advisors of the University of Maryland Robert H. Smith School of Business.