Below the Tip of the Iceberg: Examining Early Childhood Participation in SNAP and TANF from Birth to Age Six

In the United States, the SNAP and TANF programs provide financial support to low-income households with children. Yet, little is known about the extent of this support over the early childhood period or how program participation varies by race (or ethnicity) and metropolitan county residence.

This study uses administrative data from Virginia to document participation in SNAP and TANF among children born between 2007 and 2010 during their early childhood period, which is defined here as birth to age six. The study finds that participation in SNAP is about four times greater than participation in TANF and that most children begin their connection with the social welfare system in their birth year. Children who participate earlier in life tend to stay connected over a longer portion of the early childhood period, although SNAP participation peaks around ages 3–4 while TANF peaks earlier, around ages 2–3. Most households on SNAP do not receive TANF, but only about 1 in 12 children on TANF do not receive SNAP. Finally, over the early childhood period, on average, just under 1 in 2 children in Virginia participated in SNAP or TANF but demography plays an important role in this process: The level of cumulative receipt is 1 in 4 among White children, 1 in 2 among Hispanic children but rises to 3 in 4 for Black children; cumulative receipt is also higher in nonmetropolitan counties than metropolitan counties.

This study documents the reach of the existing social welfare system during the early childhood period, underlining the importance of race and space in twenty-first century America. 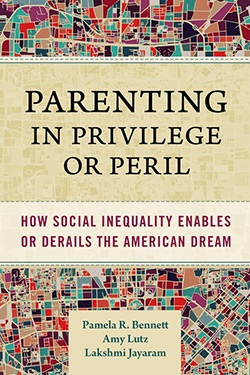