With degrees and professional training programs across public and international affairs and the social sciences—and course offerings in Syracuse, N.Y., Washington, D.C., and partner locations around the world—Maxwell has something for everyone who wants to make a positive impact in their community.

Make a plan to visit us or connect online.

Admitted students, please see important information about receptions and visit opportunities in your offer of admission. 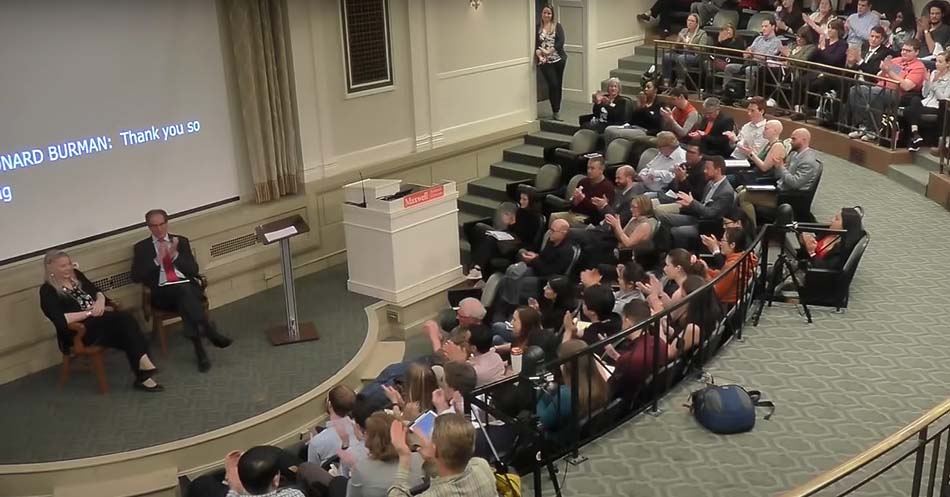 Prospective undergraduate first-year and transfer students who have not yet applied to Syracuse University have a range of options for in-person and virtual visits, sample classes, admission interviews and more.

In addition to virtual events, prospective graduate students should contact the admission team for your program to schedule an in-person visit or to attend a class.

Can’t get to campus?

Our virtual tour is the next best thing. Immerse yourself in a 360-degree view of campus as you take a tour led by Syracuse University alumni. Or, register to attend a virtual admission event. 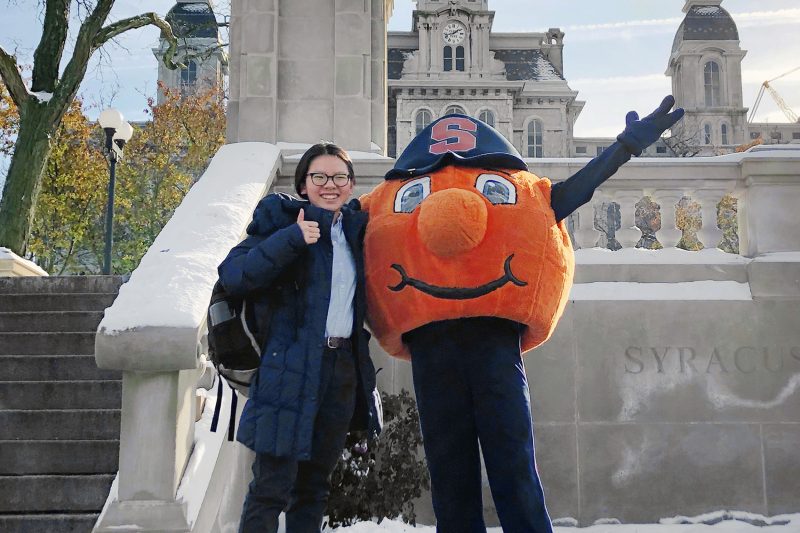 Connect with an Alumni Ambassador

Learn about the Maxwell School from the people who know it best! Alumni Ambassadors are passionate champions of the Maxwell School who are using their Maxwell education to make real and lasting change in the world. Alumni from every degree program working in a range of organizations and industries are available to answer your questions. Connect with one today.

Attend a public event, in person or virtually, and get a taste of what Maxwell School has to offer. With hundreds events each year—including prominent public speakers, lectures, workshops, foreign language conversation tables, research presentations and more—there are so many ways to engage in the intellectual and social life on campus.

We continue to follow the advice of local public health officials in regards to in-person events. Please check Syracuse University’s Stay Safe website for the latest safety protocols before coming to campus or other in-person venues.
See All Events

This is a virtual launch event for a new special issue from the Journal of Immigrant & Refugee Studies titled “The Politics of the Migrant/Refugee Binary.” Article authors will provide brief overviews of their contributions, and co-editors Lamis Abdelaaty and Rebecca Hamlin will facilitate a conversation with audience members about this timely topic. You can find more information on the special issue here:
https://www.tandfonline.com/toc/wimm20/20/2?nav=tocList

Clayton Boeyink’s research explores the shrinking space of asylum in Tanzania, which is situated in a longer history of containment and mobility manipulation by the state since the colonial era. Despite severe constraints of encampment, refugees circumvent the state and co-opt humanitarian structures to establish livelihoods. His current project aims to improve healthcare at the intersection of gender and protracted displacement amongst Somali and Congolese refugees and IDPs in Somalia, Eastern DRC, Nairobi, and Johannesburg.

Kevin Cope is an Associate Professor of Law and Public Policy at the University of Virginia School of Law, where he directs the Immigration Law Program. His research focuses on migration and relationships between domestic institutional structure and international behavior.  Cope is the co-editor of the inaugural Oxford Handbook on Comparative Immigration Law (forthcoming 2023). His short articles have appeared in The Atlantic, FiveThirtyEight, The Washington Post Monkey Cage, and Slate. Cope has been interviewed about his research on National Public Radio’s All Things Considered and on local radio stations. One of Cope’s current initiatives investigates how legal rules affect citizens’ attitudes toward domestic immigration policies.

Angela S. García is a scholar of migration, membership, law, and the state, with a focus on undocumented migration in the context of US immigration federalism. García’s award-winning book, Legal Passing: Navigating Undocumented Life and Local Immigration Law (University of California Press), compares the impacts of restrictive and accommodating subnational immigration laws for undocumented Mexican immigrants. Her current work includes a book project on time and undocumented middle life, and a collaborative study on urban inclusion through Chicago’s municipal ID program. García earned a PhD in Sociology and a MA in Latin American Studies from the University of California, San Diego.

Khangelani Moyo is a South Africa based Independent Researcher and Visiting FFVT fellow at the Centre for Human Rights Erlangen-Nürnberg (CHREN) in Germany. He completed his PhD at the University of the Witwatersrand in 2017, focusing on migrant mobilities and spatial identities. His research interests include migration management, refugee governance, migrant transnationalism, spatial identity in the city and social vulnerabilities in the urban periphery.

Franzisca Zanker is a Senior Researcher at the Arnold-Bergstraesser-Institute (ABI) in Freiburg, Germany, where she heads the research cluster on “Patterns of (Forced) Migration.” Her research interests include migration and refugee governance, peacebuilding and civil society, with a focus on Sub-Saharan Africa. Together with Jesper Bjarnesen she is the co-founder of the AEGIS Collaborative Research Group on ‘African Migration, Mobility and Displacement’ (AMMODI).

Lamis Abdelaaty is Associate Professor of Political Science at the Maxwell School of Citizenship & Public Affairs at Syracuse University. Her research focuses on refugees in international relations. Her book, Discrimination and Delegation: Explaining State Responses to Refugees (Oxford University Press, 2021), asks why countries open their borders to some refugees while blocking others, and why a number of countries have given the United Nations control of asylum procedures and refugee camps on their territory. Abdelaaty's research has been supported by the National Science Foundation and the American Philosophical Society. She holds a PhD in Politics from Princeton University.

Rebecca Hamlin’s research has focused on law and immigration politics, with a particular interest in migrant categorization and the concept of a refugee. Her published work has examined how the United States and other liberal democracies use administrative agencies and courts to adjudicate migration and citizenship questions, and the political responses to judicial involvement in migration matters. She is the author of two books: Let Me Be a Refugee (2014, Oxford University Press) and Crossing: How We Label and React to People on the Move (2021, Stanford University Press). She has also published multiple articles and book chapters on the topics of immigration and refugee law and politics, both in the United States and in comparative perspective.