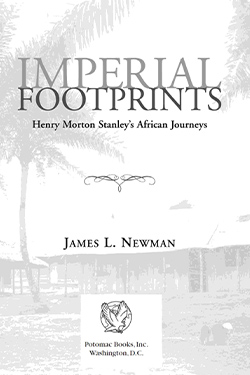 “Dr. Livingstone, I presume?” The man who uttered those famous words was compared with Christopher Columbus in his day and became one of the late 19th century’s most newsworthy figures. Yet, one hundred years after Henry Morton Stanley’s death, his accomplishments in Africa have largely receded from public memory or have been discredited as epitomizing the wrongs inflicted by the scourge of European colonialism and its “scramble for Africa.”

While numerous writers have attempted to describe the man, sometimes through highly speculative means, our understanding of the most notable aspect of Stanley’s life, his relationship to the continent, isn’t much more advanced than it was one hundred years ago. To fill this void, James L. Newman re-creates Stanley’s seven epic African journeys, explaining why he made them, what transpired en route, and what resulted.

He highlights Stanley’s determination to succeed despite incredible odds and his various relationships with the people who enabled him to accomplish his objectives. And while he acknowledges Stanley’s less admirable traits, such as his penchant for stretching the truth, his capacity to be ruthless, and his tendency to demean others, Newman refuses to engage in facile speculation. Instead, he focuses on the words and deeds of a man who played a major role in shaping today’s Africa.