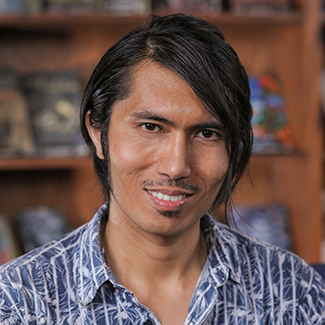 I am a human geographer and critical demographer who is passionate about social justice. My interests lie at the intersection of urban, population and community geographies. In particular, I examine the spatial politics of urbanization in the cities of the Global South, interlinking urban transformations with transnational mobilities of migrants, capital and ideas, and interrogating the multiple spatial configurations of accumulation by dispossession. Over the past few years, I have focused on urban transformations in the Philippines, contributing to theorizations of new urban forms in the Global South, transnational urbanisms and geographies of dispossessions.

I am an advocate for decolonial approaches in geography, particularly in underscoring commitment to place and in blurring the boundaries between the spaces of research and praxis. I am interested in developing creative ways of translating knowledge into practice by making use of mixed methods and participatory methodologies. My theoretical expositions draw from Global South terrains in order to further enrich an understanding of the ever-changing spatial configurations of capital, cultures, economies and politics; and to make sense of the enduring neo-colonial relations that undergird the production of multiple spaces.

My articles have appeared in the Annals of the Association of American Geographers, Urban Geography, Cities, and Geoforum, among others. My recent book entitled “Neoliberalizing Spaces in the Philippines: Suburbanization, Transnational Migration, and Dispossession,” examined the spatial contradictions of suburban development in Manila’s peri-urban fringe, wherein real estate growth and the transnational mobilities of overseas Filipinos have led to large-scale dispossessions of informal settlers, farmers and indigenous peoples caught in urban transitions. The book won the 2018 Institute of Philippine Culture Award for Best Global Research About the Philippines and the 2017 Philippine Social Science Council Virginia Miralao Award for Research.

More recently, I have collaborated with other scholars, artists and activists on counter-mapping projects that work with communities caught in development aggression in the Philippines. Several counter-mapping initiatives are also being planned to support indigenous communities in Asia and Latin America. I have also made initial inroads in conducting comparative transnational urbanisms by interlinking transnational mobilities of foreign retirees with urban change in the Philippines, from the role of East Asian retirees in spurring real estate development in metro Manila to the island urbanisms arising in part due to interracial marriages and partnerships. Future research will compare how transnational mobilities of overseas migrant workers and residents shape sustainability issues in peri-urban communities in the Philippines, Rwanda and Bangladesh.

Neoliberalizing Spaces in the Philippines