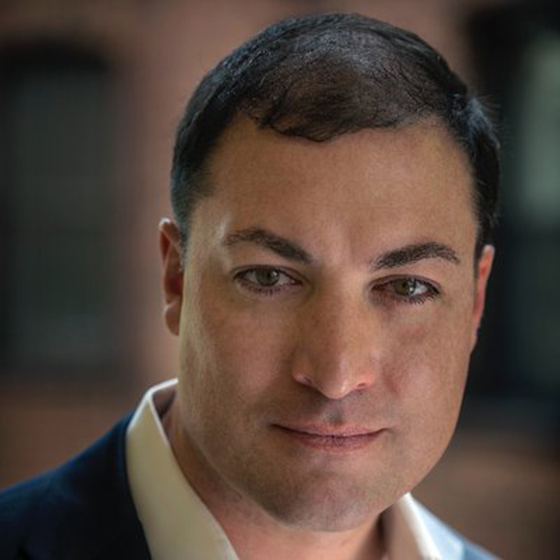 Sean McFate is an expert on 21st century war and changing international relations. He is a senior fellow at the Atlantic Council, a Washington, D.C., think tank, and a professor of strategy at Georgetown University’s School of Foreign Service and the National Defense University. He is also an advisor to Oxford University’s Centre for Technology and Global Affairs.

McFate is one of the world’s leading expert on mercenaries. He is a regular consultant to the Pentagon, CIA and Hollywood, and has appeared on all major news networks.

His career began as a paratrooper and officer in the U.S. Army’s 82nd Airborne Division. He served under Stan McChrystal and David Petraeus, and graduated from elite training programs, such as Jungle Warfare School in Panama. He was also a jump master.

McFate then became a private military contractor and paramilitary. Among his many experiences, he dealt with African warlords, raised armies for U.S. interest, rode with armed groups in the Sahara, conducted strategic reconnaissance for the extractive industry, transacted arms deals in Eastern Europe, and helped prevent an impending genocide in the central Africa.

In the world of international business, McFate was a vice president at TD International, a boutique political risk consulting firm with offices in Washington, Houston, Singapore and Zurich. Additionally, he was a program manager at DynCorp International, a consultant at BearingPoint (now Deloitte Consulting) and an associate at Booz Allen Hamilton.

McFate authored "The New Rules of War: How America Can Win—Against Russia, China, and Other Threats" (Morrow), which was named a Book of the Year by The Economist, was an Amazon bestseller and Editors Pick, and is included on West Point’s Commandant’s Reading List. Admiral Jim Stavridis, the former NATO supreme allied commander, says “Sean McFate is a new Sun Tzu.” It has been translated into several languages, and in the UK is titled: "Goliath: Why the West Doesn't Win Wars. And What We Need to Do About It" (Penguin). McFate also authored "The Modern Mercenary: Private Armies and What They Mean for World Order" (Oxford Univ Press), which Foreign Affairs called “essential reading.”

McFate is also a successful novelist. The "Tom Locke Series" is based on his own military experiences, and #1 New York Times bestselling author James Patterson said: “Sean McFate just might be the next Tom Clancy, only I think he’s even better.”

At age 18, McFate backpacked around the world solo for a year with only $400, learning things you don’t learn in school. McFate holds a B.A. from Brown University, an M.P.P. from the Harvard Kennedy School of Government and a Ph.D. in international relations from the London School of Economics (LSE). He was also a fellow at Oxford. McFate lives in Washington, D.C. For more information, see www.seanmcfate.com

"THE NEW RULES OF WAR: How America Can Win--Against Russia, China, and Other Threats."

McFate Comments on Putin’s Military Tactics in Ukraine on NPR