Duncan protects the electrical grid from cybercrimes at NERC 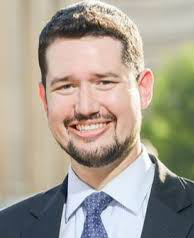 The North American Reliability Corporation is a non-profit regulatory agency that identifies and prevents cybercrimes against the electrical grid. It manages, educates and certifies workers in the power industry to safeguard the grid for over 400 million people residing in Mexico, the United States and Canada.

As the new director of intelligence, Duncan will lead NERC’s design, planning and implementation of new strategies to protect the grid. He will also steer collaboration between university researchers, government entities and power companies to innovate for the betterment of NERC’s and E-ISAC’s security.