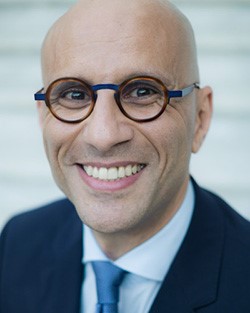 Pro-American Immigration weaves lessons learned during Farag’s career with the U.S. State Department together with his own personal experience as an immigrant to the United States — thus creating a complex introduction to the complex world of U.S. immigration. His book begins by reviewing the process of legally immigrating to the United States before discussing gaps in current policies. Farag ends by outlining practical actions readers can take to help reinforce U.S. immigration laws.

Farag is a former U.S. diplomat and consul, serving in Bahrain, Iraq, and Lebanon. While with the U.S. State Department, Farag was one of the first diplomats in Iraq during Operation Iraqi Freedom and he later served on the consular affairs crisis response team that helped evacuate 15,000 Americans from Lebanon during the 2006 war.

He has received the State Department’s Superior Honor Award, Meritorious Honor Award, and the George P. Schultz Consular Certificate. After leaving the foreign service in 2007, Farag spent more than six years teaching at the American University of Beirut, before founding Silverline Strategies, an outsourcing and management consulting services firm that works with organizations involved in immigrant and non-immigrant visas.

You can find more information about Farag’s new book on Lioncrest’s website.