The international relations and citizenship and civic engagement major is the second student in SU history to receive the honor. 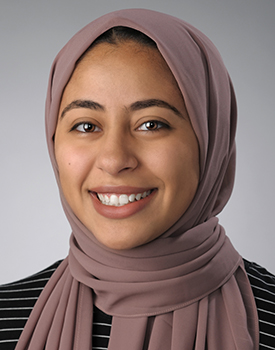 Funded by the British government, the Marshall Scholarship finances outstanding American students to study in the United Kingdom. Regional committees of British consular personnel and former Marshall Scholars interview finalists and select up to 40 scholars each year to study at the graduate level at U.K. institutions in any field of study. Marshall Scholars are chosen based on their academic merit, leadership and ambassadorial potential.

Eldawy, of Pensacola, Florida, is a member of the Renée Crown University Honors Program, a 2018 Truman Scholar and a 2018-19 Remembrance Scholar. She has spent the Fall 2018 semester in Washington, D.C., through the Maxwell-in-Washington program.

Eldawy plans a future working on immigration and education reform policy, and contributing to peace building in the Middle East. She will use the two-year Marshall award to fund two master’s degrees in the U.K. For her first year, she will enroll in the migration and global development M.A. at the University of Sussex. In her second year, she plans to complete an M.Sc. in comparative and international education at the University of Oxford.