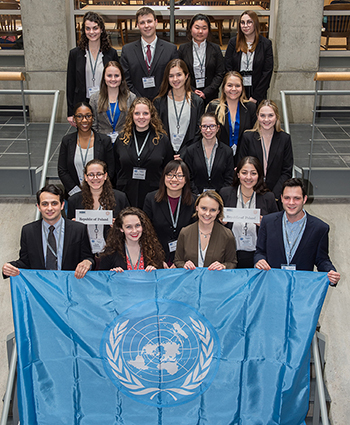 A Syracuse University/Maxwell team participating in the National Model United Nations (NMUN) conference in March was named a “Distinguished Delegation” for its portrayal of Poland. The conference, held in New York City, drew more than 5,000 students, more than half from outside the United States. Nineteen students participated as delegates:

The team will present a slideshow and panel discussion about their conference experience on Tuesday, April 17 at 3:30 PM in 204 Maxwell Hall.