Moynihan Honoree Simon Weschle to Give Remarks at Convocation

Simon Weschle, assistant professor of political science, is this year’s recipient of the Daniel Patrick Moynihan Award for Teaching and Research. The award will be presented at the Maxwell School’s Graduate Convocation on Friday, May 13.

As this year’s Moynihan Award winner, Weschle will be the featured speaker at Convocation.

The Moynihan Award is presented annually in recognition of a non-tenured faculty member of the Maxwell School with an outstanding record of teaching, research and service. Established eponymously in 1985 by then-U.S. Senator Daniel Patrick Moynihan, himself a former member of the Maxwell School’s junior faculty, the award is intended to help Maxwell recognize and retain promising junior scholars.

“Both in terms of the number of publications and also the placement of these articles, Simon is in the top tier of researchers not just in the department but also in the field,” said his nominator, Shana Kushner Gadarian, professor and chair of political science and Merle Goldberg Fabian Professor of Excellence in Citizenship and Critical Thinking.

Gadarian also lauded Weschle for his advocacy for students. She pointed out how he took note that students in the challenging methods course, PSC 202: Introduction to Political Analysis, expressed anxiety about their mathematical abilities. Recognizing that this was more pronounced among women and traditionally under-represented groups, Weschle worked with the Center for Learning and Student Success to develop techniques in class to help students gain competence and confidence in math.

Additionally, Weschle often mentors undergraduate and graduate students on research projects. In the 2020-21 academic year, he served on three dissertation committees and was an advisor for a distinction thesis that received an honorable mention at the Maxwell School Celebration of Undergraduate Scholarship. He was awarded the 2021 Ben and Marcia Baldanza Faculty Advisor of the Year Award. 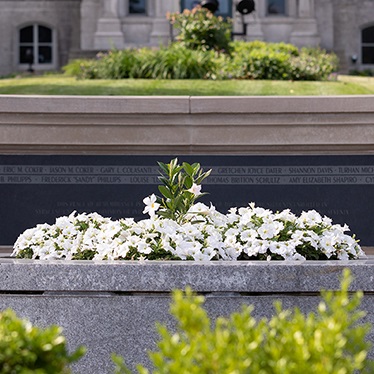