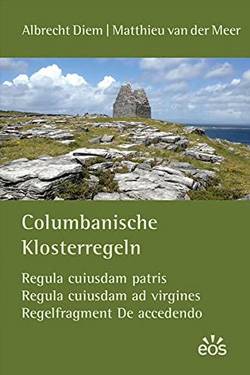 This book is a study and German translation of three seventh-century monastic rules published after the time of Columbanus: "the Regula cuiusdam patris," "Regula cuiusdamad virgines" and the treatise "De accedendo ad Deum."

In the introduction, Professor Albrecht Diem argues that all three texts assert different claims to define the heritage of the Irish monk and monastic founder Columbanus, and give different responses to the theological and practical challenges Columbanian monasticism faced after his death in 615.

The text provides a highly elaborate rationale for why and how monastic discipline enables a community to pray effectively for forgiveness of sins, to perform intercessory prayer and to attain salvation.