Strategies of Secession and Counter-Secession 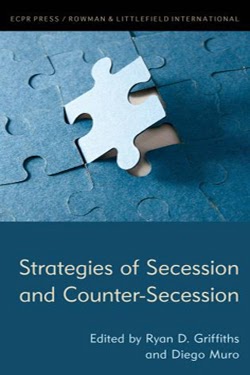 How can we understand the strategic interaction between secessionist movements and sovereign states? A casual review of the many secessionist struggles around the world, both violent and peaceful, shows a variety of types. Some, like Catalonia, are pursuing their ends using combinations of electoral capture and civil demonstrations, just as the Spanish government is working to delegitimize these efforts and defeat them in the polls.

Regions like Nagorno Karabakh (Artsakh) lack the same institutional connectivity with the larger state of Azerbaijan and are relegated to a de facto (but unrecognized) status where defense, deterrence, and diplomacy are critical. For its part, Azerbaijan invokes its territorial integrity and attempts to deny all forms of recognition to the breakaway region. Other regions from West Papua to Tibet are faced with the hard choice between civil resistance and the use of violence, and their states are keen to suppress their efforts and hide them from the world.

What features are common across all of these examples, and how do they differ? This volume synthesizes a number of theories and theoretical approaches that purport to explain the strategies of secession and counter-secession. This is an important topic.

Apart from the many legal and cartographical issues that attend secessionist activity, the potential for conflict is a very real concern. Estimates put the share of civil wars driven by secessionism at about 50 percent, and according to Barbara Walter secessionism is the chief source of violence in the world today. Secessionism is destabilizing because, at the least, it presents a direct challenge to existing political systems. Yet surprisingly, the strategic interaction between states and secessionists is an area in which we have incomplete understanding.