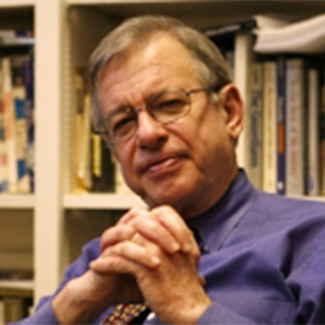 Robert D. McClure is a former Chapple Family Professor of Citizenship and Democracy as well as professor emeritus of political science and public affairs. His interests include political leadership and the presidency, democratic institutions and mass communication. McClure's publications (authored and co-authored) include "Political Ambition: Who Decides to Run for Congress"; "Misguided Democracy: The Policy of Free-Lance Politics"; and "The Unseeing Eye: The Myth of Television Power in National Elections," which was named by the American Association for Public Opinion Research as one of the field's most influential books written in the past 50 years.

McClure previously supervised Maxwell Schools' introductory, team-taught, interdisciplinary courses on citizenship and global community and was the team leader for the instructional staff in the course Critical Issues in the United States. He also co-taught regularly a course with the Knight Chair of Political Reporting, The Press and American Democracy.

Previously, McClure served as legislative assistant to Congressman Lee Hamilton and as a journalist for the Scripps-Howard Newspapers and the St. Petersburg Times. From 1986-1989, McClure was director of the University Honors Program and from 1990-2003, associate dean and senior associate dean of the Maxwell School.

What Ralph Ketcham Meant to Maxwell

Political Ambition: Who Decides to Run for Congress