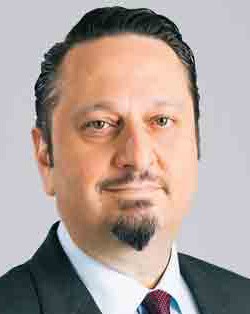 In this new role, Bouran will lead IMI’s efforts to increase its portfolio overseas. IMI, which currently maintains interest in Sky News Arabia and Euronews, is focused on producing digital-first news content in order to connect with audiences across the Middle East. They are focused on asset management and acquisition through private equity, business development, and developing media strategies that expand their international reach. IMI’s assets also include The National, The Vision, and Al-Ain.com.

Prior to joining IMI, Bouran was senior vice president for news, programming, and transformation at the Middle East Broadcasting Networks. He has also been CEO and head of news for Sky News Arabia and has nonconsecutively spent a decade and a half with Reuters, most recently as director of television from 2006 to 2011.

You can read more about Bouran’s new position in this news article from Trade Arabia.