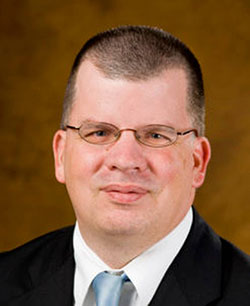 In April, Dan Gerlach ’90 MPA was named the interim chancellor of East Carolina University; he started those duties on May 6.

Since 2008, Gerlach has been president of the Golden LEAF Foundation, which works to increase economic opportunities in North Carolina’s rural and tobacco-dependent communities. According to University of North Carolina system president Bill Roper, this role prepares Gerlach for his new challenges at ECU. “[Gerlach has] been deeply focused on rebuilding the eastern North Carolina economy,” Roper said. “Dan knows eastern North Carolina from the ground up. He knows how to make thoughtful and tough decisions. I have great confidence in him.”