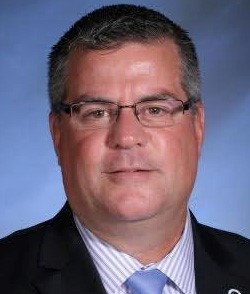 As superintendent, Farrell will be responsible for overseeing the district’s daily operations and developing long-term plans alongside the Board of Education. The Brick Township School District contains 12 schools and more than 750 teachers, and enrolls slightly fewer than 9,000 students.

Farrell comes to Brick Township from the Shore Regional School District, in West Long Branch, New Jersey, where he had served as superintendent since 2013. He was previously an assistant principal and then principal at New Egypt High School in New Egypt, New Jersey. Farrell also taught business as an adjunct professor at Ocean Community College, 2004-13, and he recently completed his EdD in leadership at Monmouth University.

You can read more about Farrell’s new appointment in this news article.