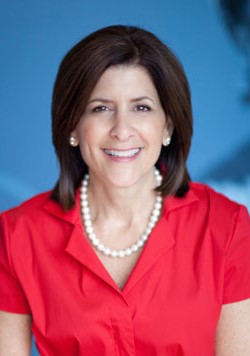 Deborah Feldman ’82 MPA was appointed to a nine-year term as a trustee of Miami University by Governor Mike DeWine of Ohio. Located in Oxford, Ohio, Miami is the 10th oldest public university in the United States and enrolls slightly more than 24,000 students.

Feldman is the president and CEO of Dayton Children’s Hospital, a role she has held since 2012; the hospital serves more than 300,000 children each year across Ohio and eastern Indiana.

In 2018 the League of Women Voters recognized her as one of their Dangerous Dames. Feldman has also received the National Conference of Community Justice’s Humanitarian Award and the Women of Influence Award from the YWCA.

You can read more about Feldman’s appointment in this article in the Dayton Daily News.