Alumni Spotlight: Into the Fray

Less than three months into her freshman term, U.S. Rep. Carolyn Bourdeaux ’03 watched from the House floor as her first legislation passed with a near unanimous 415-to-3 vote.

Like Bourdeaux herself, the Paycheck Protection Program Extension Act of 2021 is pragmatic and rooted in Georgia’s 7th district, where the owners of a Lawrenceville community theater told her how badly small businesses like theirs needed it.

I was surprised how sentimental I was about that. It was a very special moment to get that through,” says Bourdeaux, who earned a Ph.D. in public administration from the Maxwell School. Her bill passed the Senate shortly thereafter and was signed into law by President Joe Biden.
Bourdeaux built a career analyzing and teaching public policy. She directed the Georgia Senate Budget and Evaluation Office during the Great Recession, from 2007 to 2010. She served as a professor at Georgia State University’s Andrew Young School of Policy Studies from 2003 until this year.

Now she is making policy. Bourdeaux, a Democrat, won her seat in November following a close race with Republican Rich McCormick. Not including two candidates in North Carolina who won seats that were redrawn, Bourdeaux was the only Democratic House candidate in the country to flip a seat previously held by a Republican in the 2020 election.

Bourdeaux had aspired to public office since she took a seminar with the late Daniel Patrick Moynihan, the longtime U.S. senator for whom Maxwell’s Institute of Global Affairs is named. He taught at the Maxwell School early in his career and returned as a University Professor after retiring from the U.S. Senate in 2001.

Bourdeaux admired his life, a blend of academia and public service. In addition to Maxwell, he taught at Harvard, served as an advisor to former President Richard Nixon and was named assistant secretary of labor under former presidents John F. Kennedy and Lyndon B. Johnson.

Moynihan saw the nation through tumult and war, though Bourdeaux faces perhaps starker questions than he did about the direction of the Republic. 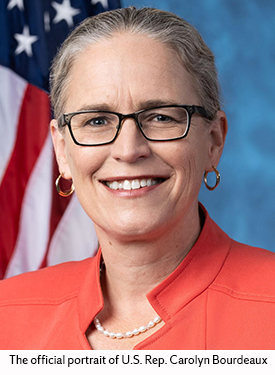 Three days after taking the oath of office, Bourdeaux huddled with colleagues in a dark room while a mob raged beyond the door. “It was very sobering,” she says of the Jan. 6 Capitol insurrection, “and of course I am coming out of Georgia, where we are in just a pitched battle over the rules of the game in our democracy: who gets to vote, what vote is considered to be eligible or legitimate.”

Robert Bifulco ’94 M.P.A. / ’01 Ph.D. (PA), associate dean, chair and professor of public administration and international affairs, refers to this tradition as neutral competence, the idea that some issues are a matter of expertise, not politics.

He adds that this can be a hazy distinction as public administrators make daily decisions imbued with their own values. Bourdeaux, he says, brings clear-eyed analysis to those messier debates over real-world decisions. At the turn of the 21st century, as they both pursued doctorates, Bifulco and Bourdeaux had an opportunity to work together.

"Carolyn was always carving her own path. She wanted her research and scholarship to be relevant and important,” he says.

Her later work with the Georgia Senate gave her the opportunity to provide analysis that would directly affect decision-making, Bifulco notes, adding, “I think she was motivated by being in the mix.”

Bourdeaux gravitated toward public finance in her doctoral research and later at Georgia State, where she founded the Center for State and Local Finance to provide a more robust education to future chief public finance officers.

When I teach my students, I say, ‘If you want to be involved in every policy discussion, this is the center of how we make our priorities as a community, a country or a society,’” she says. Running for Congress changed the nature of those policy discussions as Bourdeaux engaged voters throughout a district that is more racially diverse and more educated than the nation at large.

“Something that I have learned that is a little bit different is how very, very deeply values, culture and worldview affect those policy choices,” she says. “I do think policy analysis and policy programs need to think a lot more about those value underpinnings in our society and how that shapes policy.”

Take, for example, rehabilitation boot camps for teenagers who commit crimes. While research shows them to be ineffective, support for such scare-them-straight tactics remains strong where the public wants to see accountability, she explains. A better policy would reduce recidivism while providing young offenders a way to make it right with the community.

“One of the central themes of one of my classes is that democracy is fragile, and it depends on people of good will and good faith to make it work.

Bourdeaux also gains insight through give and take with those who hold opposing viewpoints—including her uncle, a stalwart Republican and a truck driver whose back was broken in a wreck. She shared with him that Democrats support expanded health care, something he needed.

She laughs, adding, “On the positive side, we are both trying to do something that we think is right for our country, our community.”

This exchange works in public dialogue when there is widespread agreement on the basics of democracy. The Capitol riot was the inevitable consequence of the baseless claims of voter fraud following the 2020 election, Bourdeaux says. By undermining the norms of democratic society, the former president and his supporters tried to halt the peaceful transfer of power. 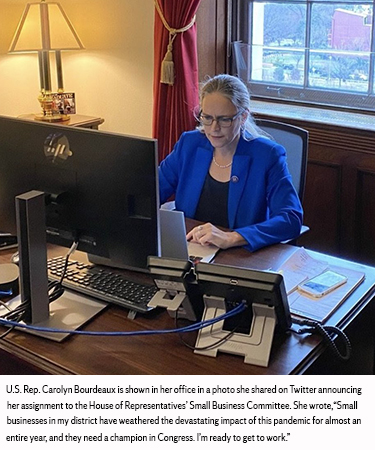 “We resolve our differences through democracy—that’s the whole deal—instead of through violence. But if you lead people to believe the democracy is not functioning anymore, then that only leaves violence as a way to make effective change,” she says, adding, “One of the central themes of one of my classes is that democracy is fragile, and it depends on people of good will and good faith to make it work. Every student coming out of Maxwell, every student coming out of Syracuse University, needs to understand those norms and needs to support them and uphold them through their own involvement in our democracy.”

Bifulco worries, too, about “the complete disregard for truth, the disdain, almost, for truth,” he says. “That’s very discouraging for people in our line of work. Your job is to provide facts and as objective an analysis as you can, and you hope that has influence on people.”

Still, he finds assurance in the election of his colleague. “You’ve got to keep trying to be an advocate for the truth,” Bifulco says. “People like Carolyn actually are our reason for some faith there because she is going into the fray, and she is also someone who is committed to facts and analysis.” 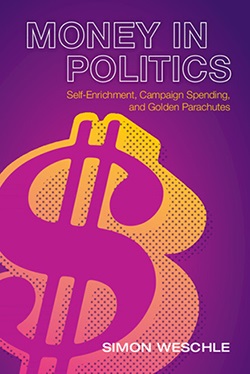