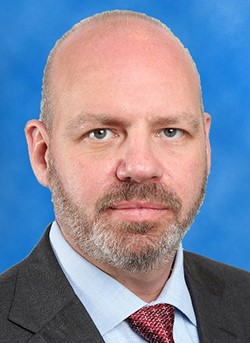 Mark Katz ’90 BA (PSt) has been named the executive vice president and general counsel of the Ryan Specialty Group, a Chicago-based insurance firm.

In this new role, Katz will lead the company’s legal, compliance, and regulatory functions. The Ryan Specialty Group was founded in 2010 as an international specialty insurance organization. Over the past decade, it has expanded to also include a wholesale brokerage operation and management of general underwriting companies.

Katz first joined the Ryan Specialty Group in 2019 as senior vice president and counsel for insurance services. He was also executive vice president at RT Specialty in New York City. Katz had previously spent his career with Mound Cotton Wollan and Greengrass, working as a partner for his last 17 years with the firm while litigating on behalf of commercial property insurers.

You can read more about Katz’s promotion in this press release.