Comparing Apples and Mangoes: The Overpoliticized State in Developing Countries 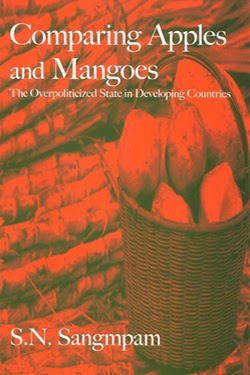 The first projects a picture of transnational, vertical uniformity descending from the West to developing countries and views liberal democracy as “the only game in town.” In this view, the state and institutions resemble or ought to resemble those in the West. The second, by contrast, explains political outcomes by local idiosyncrasies and regional variations in institutions.

In his original approach to third world politics, S. N. Sangmpam, professor of African American studies, challenges both views by uncovering important similarities in the political features of developing countries. He shows that they share political behaviors and features unaccounted for in either local/idiosyncratic or liberal democratic theories. These behaviors converge toward a common property—overpoliticization—that defies political compromise, leading to an overpoliticized state.

Sangmpam provides a wealth of empirical, historical, and quantitative evidence from Latin America, Asia, Africa, and the West and demonstrates the overpoliticized state constitutes the cornerstone of an integrated theory of politics in developing countries.