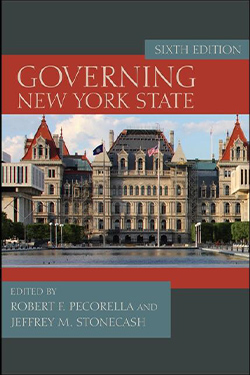 New York contains greater diversity than almost any other state. This diversity creates extensive social and political conflict within the state. "Governing New York State, 6th Edition" provides expert assessment of how these conflicts are organized and represented, and how the political process and political institutions work in an effort to resolve them.

Contributors explore the role of political parties and interest groups in representing these concerns. They also review the nature of the legislature, the governor, the courts, and public authorities as well as how these institutions play a role in making decisions.

Finally, the impact of politics is analyzed for the policy areas of intergovernmental fiscal relations, welfare, health, and local education. The sixth edition of "Governing New York State" provides an excellent summary of the political process and most of the major policy controversies in the state.