Law, Science, Liberalism and the American Way of Warfare: The Quest for Humanity in Conflict 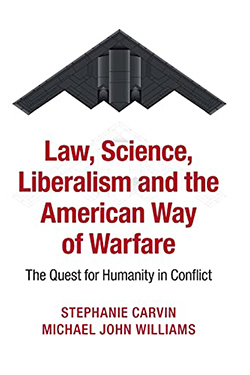 Founded and rooted in Enlightenment values, the United States is caught between two conflicting imperatives when it comes to war: achieving perfect security through the annihilation of threats; and a requirement to conduct itself in a liberal and humane manner. In order to reconcile these often clashing requirements, the U.S. has often turned to its scientists and laboratories to find strategies and weapons that are both decisive and humane. In effect, a modern faith in science and technology to overcome life's problems has been utilized to create a distinctly "American Way of Warfare."

Carvin and Williams provide a framework to understand the successes and failures of the US in the wars it has fought since the days of the early Republic through to the War on Terror. It is the first book of its kind to combine a study of technology, law and liberalism in American warfare.