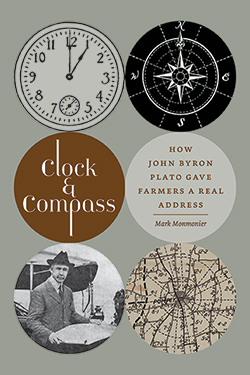 The book follows the title’s namesake, who attended a pioneer Denver vocational high school, became a farmer in his mid-30s, and patented several inventions including the “Clock System,” which assigned addresses to rural residences without house numbers.

Plato—who was also a veteran of the Spanish-American War—invented the system after he encountered obstacles selling his cattle using the existing Rural Free Delivery number system for mail. His map-and-directory combination provided farmers a real address, just like people had in the city.

The book is a tale of cleverness, perseverance and joy in being a good citizen.

Monmonier has authored more than 20 books, including the first general textbook on computer-assisted cartography and “How to Lie with Maps” which in December 2020 was named one of the “eight essential books for geographers” by Geographical Magazine, the National Geographic of the United Kingdom.

On the eve of his May 2021 retirement, Monmonier received the Chancellor’s Citation for Excellence Lifetime Achievement Award. The honor recognizes those at Syracuse University who have made extraordinary contributions to the undergraduate experience and research excellence, have fostered innovation and have supported student veterans.

John Byron Plato was many things: a soldier, draftsman, inventor, teacher, and ran both a lumberyard and veneers business. In his early thirties he added rancher to the list when he bought farmland north of Denver, Colorado, and began raising Guernsey cattle. When an interested buyer eager to see his calves couldn’t find his farm, Plato realized that an RFD postal address was only good for delivering mail. Plato’s “Clock System” solution was a map-and-directory approach that used direction and distance from a local business center to give farmers a real address. What follows is a tale of persistence and failure as rural farming declined and technology and capitalism overtook John Byron Plato’s chance at geographic immortality. 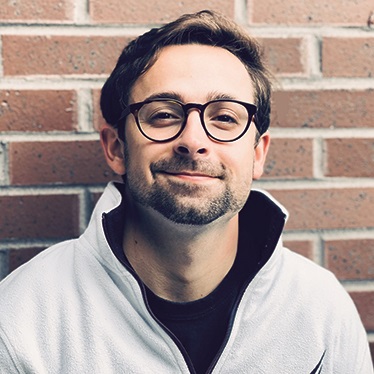 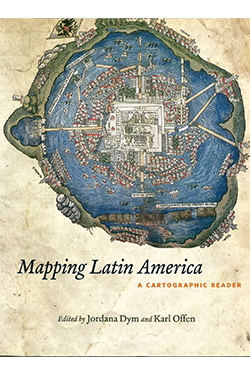