New study by Hammond examines the politics of commemoration in Turkey

"Making Memorial Publics: Media, Monuments, and the Politics of Commemoration Following Turkey’s July 2016 Coup Attempt," written by Assistant Professor of Geography and the Environment Timur Hammond, was published in Geographical Review. Hammond examines two distinct but interrelated forms of commemoration: websites that have been set up to tell the story of the resistance to the coup attempt and a new monument that commemorates the victim-heroes of that night’s fighting. He focuses on two shared aspects that link the digital and the physical: The use of key terms to frame the coup attempt’s heroes and villains, and the role of website and architectural design in focusing the audience’s attention. Hammond argues that these commemorative projects work together to create a memorial public in which President Recep Tayyip Erdoğan’s position is both naturalized and justified. 09/23/20

Monmonier Weighs in on Upstate NY in Westchester Magazine 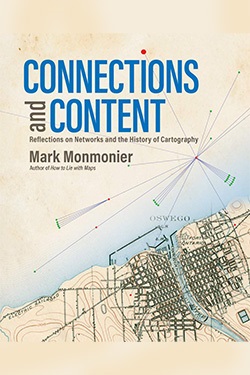 Connections and Content: Reflections on Networks and the History of Cartography

Hammond paper on working with archive materials published in Area