United States Relations with China and Iran: Towards the Asian Century 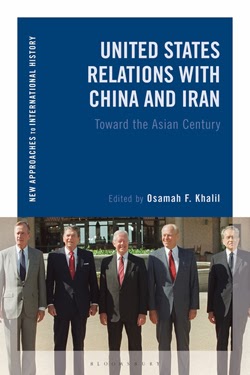 Bringing together experts from history, international relations and the social sciences, "United States Relations with China and Iran" examines the past, present and future of U.S. foreign relations toward the People's Republic of China and the Islamic Republic of Iran. It benefits from recently declassified documents and an interdisciplinary, transnational approach to explore different aspects of the relations between these three countries.

While the 20th century has been referred to as the “American Century,” this book posits that the 21st century will be shaped by relations between the United States and key countries in Asia, in particular China and Iran. In assessing the United States' foreign policy towards China and Iran over the past six decades the chapters focus on several key themes: interaction, normalization, and confrontation.

This interdisciplinary book brings a unique perspective to the international relations of the 20th century and beyond, and will benefit students and scholars of U.S. foreign relations as well as Middle Eastern and East Asian history and politics.