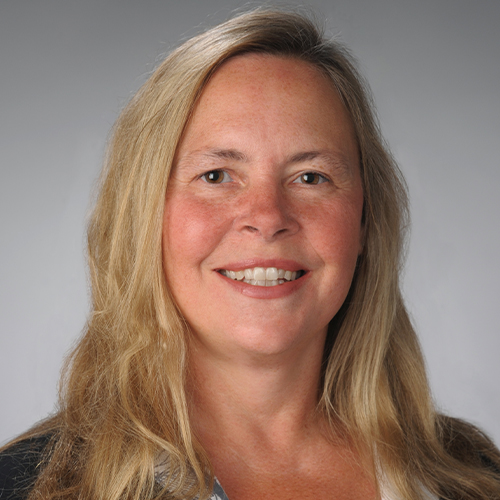 Elisabeth Lasch-Quinn focuses on ideas and their intricacy, inner-workings and importance in the lives of individuals and society, past and present. In addition to modern and contemporary American social, cultural and intellectual history, she has broader temporal, geographical and interdisciplinary interests extending back to antiquity, especially philosophy, comparative literature, cultural and media criticism, languages and classical reception. Her teaching and research integrate specialist and generalist sensibilities and she is in close conversation with scholars in many fields.

Lasch-Quinn’s new book, "Ars Vitae: The Fate of Inwardness and the Return of the Ancient Arts of Living"  (University of Notre Dame Press, October 2020), explores ideas in ancient Greco-Roman philosophy and modern American culture about how to live. Her earlier books include "Black Neighbors: Race and the Limits of Reform in the American Settlement House Movement,1890-1945" (University of North Carolina; winner of the Berkshire prize), and "Race Experts: How Sensitivity Training, Interracial Etiquette, and New Age Therapy Hijacked the Civil Rights Revolution" (W. W. Norton; reviewed in the New York Times, London Times, among others).

She has edited books on the contemporary historical profession (Routledge) as well as women and the common life (W. W. Norton). Her writing appears widely in both scholarly and prominent public venues such as "The New Republic and The Hedgehog Review" and includes numerous essays, articles, op-eds and book reviews on a range of subjects from race and community to civil society, therapeutic culture, democratic citizenship, self, emotion, moral imagination, children, popular culture, love and the life of the mind.

A Fulbright fellow, she has received many research grants and fellowships, including from Yale University’s Whitney Humanities Center, the PEW and Templeton foundations, the Woodrow Wilson International Center for Scholars, and UVA’s Institute for Advanced Studies in Culture, and taught graduate seminars at Yale and the University of Rome, Italy. She has taught and advised many Ph.D. students at Syracuse, where she served as director of Graduate Studies in history.

Throughout the U.S. and in London, Rome and Naples, she has delivered many presentations and invited lectures, including commencement and conference keynote addresses. Devoted to her students and colleagues at Syracuse University and in the profession, she has received awards for her undergraduate and graduate teaching and advising as well as her research and service.

Professor of history and senior research associate in the Campbell Public Affairs institute, Lasch-Quinn is an acknowledged contributor to scholarly and public discourse nationally and internationally. She has been sought out as consultant in a variety of settings, from tv and radio talk show, documentary, college president, and museum, to Office of the Prime Minister (U.K.).

Ars Vitae: The Fate of Inwardness and the Return of the Ancient Arts of Living (University of Notre Dame Press, 2020).

Triumph of the Therapeutic: Uses of Faith after Freud, edited edition of classic 1966 work by sociologist Philip Rieff (Wilmington: ISI, 2006).

Reconstructing History: The Emergence of a New Historical Society, edited with Elizabeth Fox-Genovese, essays on the study of history and the historical profession (Routledge, 1999).

“A Stranger’s Dream: The Contemporary Socialization Crisis and the Rise of the Virtual Self,” in Wilfred M. McClay, ed., Figures in the Carpet: Finding the Human Person in the American Past (Grand Rapids, MI: Eerdmans, 2007), 232-262.