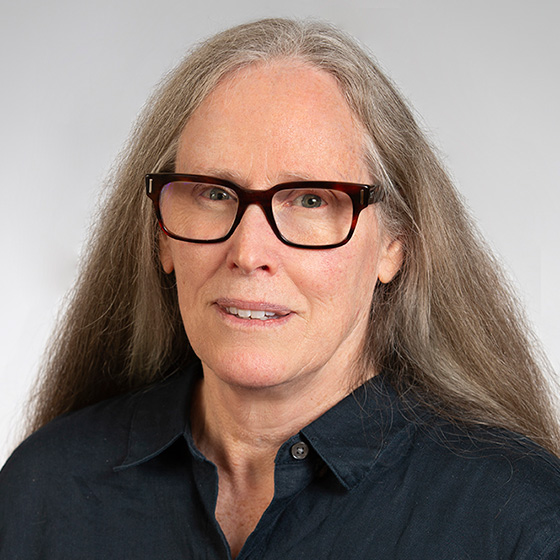 Susan Branson’s training is in the social history of early America. The topics of her dissertation and first two monographs stem from her interest in gender roles and gender relations in American society during the early republic (spanning roughly the years between the 1780s and the 1830s).

Her first book, "These Fiery Frenchified Dames" (University of Pennsylvania Press, 2001) examines women’s changing public roles as they resulted from the social, cultural and political forces at work in American society in the last two decades of the eighteenth century. Her second book, "Dangerous to Know: Women, Class and Crime in the Early Republic" (University of Pennsylvania Press, 2008) investigates the intersection of crime, class and gender in the early nineteenth century.

Currently, Professor Branson is completing a book entitled "Consuming Science in American Society, 1700-1860," which considers why certain sciences and technologies suited the interests and agendas of American society at crucial moments in the nation’s development. The monograph develops lines of inquiry emerging in historical scholarship regarding three inter-related topics: the promotion of scientific education and practices among non-elites, the place of science and technology in American culture, and the development of nationalism and national identity in the early republic and antebellum eras.

Exploring the ways Americans chose to promote, celebrate and characterize discoveries, inventions and mammoth civic projects explains how Americans expressed a belief that the United States was a rising empire. She places special emphasis on how material culture was integral to how people experienced, interacted with and were introduced to science and technology—often in the guise of entertainment. Professor Branson teaches courses on women in early America, the American frontier, food in American society, and American science and technology.

National Endowment for the Humanities Fellowship, 2005-2006

Dangerous to Know: Women, Class and Crime in the Early Republic (Philadelphia: University of Pennsylvania Press, 2008).

“Phrenology and the Science of Race in Antebellum America,” Early American Studies (Winter 2017):164-193.

“’Barnum is undone in his own province’ Science, Race and Entertainment in the Lectures of George Robins Gliddon.” Tom Wright, ed., The Cosmopolitan Lyceum (University of Massachusetts Press, 2013)

“Sex, Scandal, Violence, and Other Middle-Class Pastimes in The History of the Celebrated Mrs. Ann Carson,” in Class and Class Struggles in Early North America and the Atlantic World, Simon Middleton and Billy G. Smith, editors. (Philadelphia: University of Pennsylvania Press, 2008).

“From Daughters of Liberty to Women of the Republic: Women in the Era of the American Revolution” in Jay Kleinberg, Eileen Boris, and Vicki Ruiz, editors, The Practice of U.S. Women's History: Narratives, Intersections, and Dialogues, (New Brunswick: Rutgers University Press, 2007).

“Gendered Strategies for Success in the Early Nineteenth-Century Literary Marketplace: Mary Carr and the Ladies’ Tea Tray,” Journal of American Studies, 40, no.1 (April 2006): 35-51.

“An Outlaw and Her Ghost Writer: Enigmas of Female Celebrity in Early America,” Commonplace (April 2005). http://www.common-place.org/vol-05/no-03/tales/

"Women and the Family Economy in the Early Republic: The Case of Elizabeth Meredith" Journal of the Early Republic, 16, no.1 (spring 1996): 47-71. *Reprinted in Joseph M. Hawes and Elizabeth Nybakken, editors, American Families in Historical Perspective (University of Illinois Press, 2001).

“Flights of Imagination: The Air Balloon as a Symbol of National Promise,” Providence College Seminar on the History of Early America, October 2017

“’Do not, on any account, marry one the back of whose head resembles cut No.4’: The Visual Encoding of Gender Ideology in Nineteenth-century Phrenology texts” Society for Historians of the Early American Republic, Philadelphia, July 2017

“’Do not, on any account, marry one the back of whose head resembles cut No.4’: The Visual Encoding of Gender Ideology in Nineteenth-century Phrenology texts” Society for Historians of the Early American Republic, Philadelphia, July 2017

Dangerous to Know: Women, Crime, and Notoriety in the Early Republic