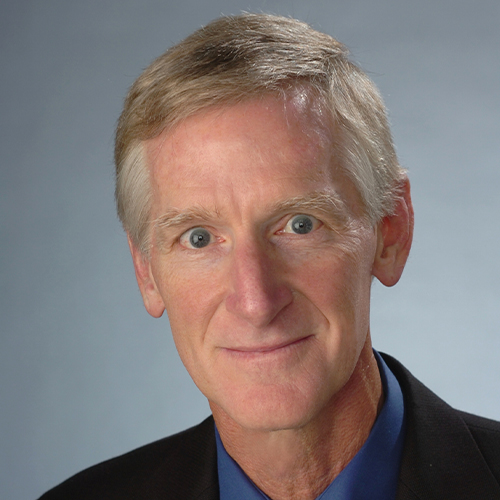 Board of Advisors Distinguished Professor, Law

William C. Banks is a Syracuse University College of Law Board of Advisors Distinguished Professor and professor emeritus of public administration and international affairs in the Maxwell School. During 2015-2016, Banks was interim dean of the College of Law. He is also the founding director of the Institute for National Security and Counterterrorism (INSCT), now the Institute for Security Policy and Law (SPL). A teacher at Syracuse University for more than 38 years, under his leadership, INSCT/SPL has risen from its inception in 2003 to become a recognized leader in research and education on national and international security and terrorism.

A highly regarded and internationally recognized scholar, topics of Banks’ wide-ranging research include national security and counterterrorism law; laws of war and asymmetric warfare; drones and targeted killing; transnational crime and corruption; cybersecurity, cyberespionage, and cyber conflict; human security; emergency and war powers; emergency preparedness and response; prosecuting terrorists; civilian-military relations; and government surveillance and privacy. Banks is most recently the co-author (with Stephen Dycus) of "Soldiers on the Home Front: The Domestic Role of the American Military" (Harvard University Press, 2016). He is the author, co-author and/or editor of numerous other titles, including "National Security Law" (Aspen, 2016) and "Counterterrorism Law" (Aspen, 2016)—books that have helped set the parameters for these fields of study—as well as "Counterinsurgency Law: New Directions in Asymmetric Warfare" (Oxford University Press, 2012) and "New Battlefields/Old Laws: Critical Debates on Asymmetric Warfare" (Columbia University Press, 2011).

The subjects of Banks’ more than 160 published book chapters and articles range from the military use of unmanned aerial vehicles, to terrorism in South America, to the role of the military in domestic affairs. Recent writing includes “Regulating Cyber Conflict;” “Regulating Drones: Military Law and CIA Practice and the Shifting Challenges of New Technologies;” “Exceptional Courts in Counterterrorism: Lessons from the Foreign Intelligence Surveillance Act (FISA);” and “Programmatic Surveillance and FISA: Of Needles in Haystacks.” Additionally, Banks has spearheaded numerous interdisciplinary research projects for INSCT/SPL, including "New Battlefields, Old Laws: From the Hague Conventions to Asymmetric Warfare;" "Controlling Economic Cyber Espionage;" and "Countering Foreign Terrorist Fighters," a collaboration with the United Nations Counter-Terrorism Committee Executive Directorate (UN CTED).

A graduate of the University of Nebraska (B.A. 1971) and the University of Denver (J.D. 1974; M.S. 1982), Banks joined the faculty of the Syracuse University College of Law in 1978. In 1998, he was appointed a professor of public administration and international affairs in Syracuse Univsersity’s Maxwell School of Citizenship and Public Affairs, and he was named a Laura J. and L. Douglas Meredith Professor for Teaching Excellence in the same year. He founded INSCT/SPL in 2003, and he became the first College of Law Board of Advisors Distinguished Professor in 2008.

Among his public service appointments, Banks has served as a special counsel to the U.S. Senate Judiciary Committee (for the confirmation hearings of Supreme Court nominee Stephen G. Breyer); on the ABA Standing Committee on Law and National Security; as a member of the InfraGard National Members Alliance Board of Advisors; on the Advisory Council for the Perpetual Peace Project; on the executive board of the International Counter-Terrorism Academic Community (ICTAC); as an editorial board member at the International Centre for Counter-Terrorism in The Hague, the Netherlands; and as a Distinguished Fellow of the Institute for Veterans and Military Families at Syracuse University. Banks also is the editor-in-chief of the Journal of National Security Law & Policy.