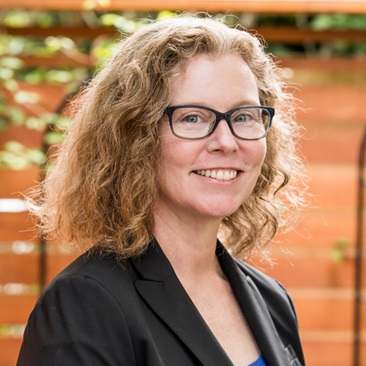 Kristen (Kris) Patel, a distinguished alumna of the Maxwell School (’90 Econ, PSt) with more than 25 years of experience leading intelligence and analytics programs in the public and private sectors, is the new Donald P. and Margaret Curry Gregg Professor of Practice in Korean and East Asian Affairs. Patel returns to Maxwell directly from HSBC’s Compliance Office in Asia-Pacific, based in Hong Kong, where she built and managed the regional financial crime intelligence capability for one of the world’s largest banks.

In her new role, Patel will serve as faculty member in the Policy Studies Program and teach undergraduate courses in policy studies and graduate courses in public administration and international affairs. In addition, Patel will be a research associate in Maxwell’s Program for the Advancement of Research on Conflict and Collaboration (PARCC) and contribute to Syracuse University’s Intelligence Center Community of Academic Excellence.

“We are thrilled to bring someone with Kris’ deep regional and topical expertise to Maxwell,” says David M. Van Slyke, the school’s dean. “She will contribute significantly to developing collaborative research and teaching initiatives that will be a great asset to faculty and students across programs. We are excited to welcome her back to Maxwell.”

The Gregg Professorship was established in 2009 by a generous gift from Korean-American businessman Spencer Kim and is named in honor of former U.S. Ambassador to South Korea Donald Gregg (1989-93) and his wife. Gregg was previously a member of the National Security Council staff and became Vice President George H.W. Bush’s national security advisor. He worked for the Central Intelligence Agency from 1951 to 1975.

Patel’s public sector career also includes more than two decades in increasingly senior management positions in the U.S. federal government: as deputy director of intelligence at the Financial Crimes Enforcement Network (FinCEN) in the U.S. Department of Treasury, where she focused on high priority illicit finance challenges including counterterrorism, fraud and money laundering issues; as a bureau chief of the DNI Open Source Center in Seoul and as a division chief; and in management and training roles at the Central Intelligence Agency, including as manager of the largest analytics training program at the CIA’s Sherman Kent School. Patel has also served as chair of a National Security Council (NSC) sub-group and provided daily intelligence briefings for senior NSC staff and White House advisors.

“Patel’s courses will introduce majors to fields that will help them explore careers in crime prevention and intelligence both in the private and public sector that they know little about,” says William Coplin, professor, chair and founder of the Policy Studies Program at Maxwell. “Her courses will provide students analytic tools like network analysis that have become increasingly important as technology shape decisions and institutions.”

Patel graduated with honors from Syracuse University, earning a B.A. in economics and policy studies. She also holds an M.A. in economics from Duke University and a certificate in international finance from Georgetown University. Her first class will be a January 2021 Intercession course offered at Maxwell-in-Washington at the Center for Strategic and International Studies (CSIS)—PAI 700 Follow the Money: Key Issues in Illicit Finance. She will be in residence at the Maxwell School in Syracuse starting in fall 2021.