Hromadžić’s research interests include political anthropology, youth and education, aging and care, and the Balkans. Her book, "Citizens of an Empty Nation: Youth and State-Making in Postwar Bosnia and Herzegovina" (University of Pennsylvania Press, 2015), is an ethnographic investigation of the internationally directed postwar intervention policies in Bosnia and Herzegovina and the response of local people, especially youth, to these policy efforts.

Hromadžić’s earlier research of aging, care and social services in the context of postwar and post-socialist Bosnia and Herzegovina resulted in a co-edited volume titled “Care Across Distance: Ethnographic Explorations of Aging and Migration.”

Hromadžić spent the spring semester of 2017 as a Fulbright Scholar in Bosnia-Herzegovina where she conducted research and taught at the University of Bihać. The experience inspired a new research project on riverine citizenship, war ecologies, love and politics, ecotourism and water infrastructure in Bosnia-Herzegovina. She is currently working on a book manuscript tentatively titled “Riverine Citizenship: A City in Love with the River in Bosnia and Herzegovina.”

Her articles have been published in numerous scholarly journals, and she is the recipient of several research grants from institutions such as the Social Science Research Council, the American Council of Learned Societies, the U.S. Institute of Peace, the Spencer Foundation, and the Josephine de Karman Foundation, among others. She received a Ph.D. from the University of Pennsylvania in 2009.

“Professor Hromadžić exemplifies the very best in Maxwell faculty by strongly integrating her research into the classes she teaches, involving students in her research, and through her extramural grantsmanship and use of scholarship to inform contemporary policy debates,” says Dean David M. Van Slyke. “Her international focus fits well with Maxwell’s global reach and emphasis on citizenship and public affairs in a range of contexts.”

The Dr. Ralph E. Montonna Endowed Professorship for the Teaching and Education of Undergraduates was established with a gift from the honoree’s daughter, the late Mary Lou Williams ’50 B.A. (AmSt). Montonna earned a B.S. in chemistry from Syracuse University in 1916 followed by a Ph.D. from Yale University. In 1946, he was named director of research at Syracuse University. He died in 1952. Of note: His grandson is a Maxwell School alumnus: Brian T. Williams earned a bachelor’s degree in anthropology and history in 2011. 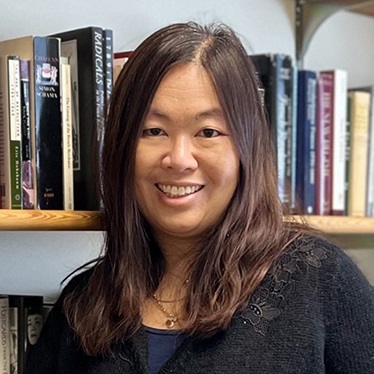