Gretchen Purser, associate professor of sociology, has been named the Dr. Ralph E. Montonna Professor at the Maxwell School.

The Dr. Ralph E. Montonna Endowed Professorship for the Teaching and Education of Undergraduates was established in 1997 with a substantial gift from the honoree’s daughter, Mary Lou Williams, a Maxwell School alumna (1950, B.A., American studies) and long-time resident of Remsen, N.Y., who died in 2017. The fund is designed to provide support, in the form of a supplemental research fund, to a professor with notable engagement in undergraduate education. Purser will hold the Montonna Professorship for the 2020-21 academic year.

Purser, who joined the Maxwell faculty in 2010, conducts research focused upon precarious work and the low-wage labor market and the reproduction and lived experience of urban poverty in the United States. She is the research director on advocacy and activism for the Program for the Advancement of Research on Conflict and Collaboration, through which she co-coordinates Maxwell’s Labor Studies working group. In the community, she is chair of the Board of the Workers’ Center of Central New York. She has published numerous articles — several of which have been award-winning — in journals such as Qualitative Sociology, Ethnography, Critical Sociology, Journal of Contemporary Ethnography, Dialectical Anthropology, and Labor, Capital, and Society. 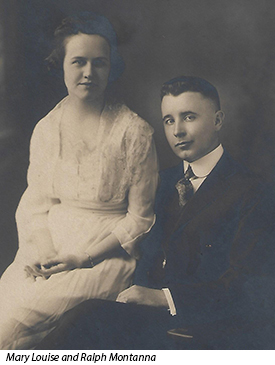 Purser is among the most celebrated mid-career faculty members at Maxwell, having received Maxwell’s Daniel Patrick Moynihan Award for Outstanding Contributions to Teaching and Research (2016) and Syracuse University’s Excellence in Graduate Education Award (2020) and Meredith Teaching Recognition Award (2013). She received her Ph.D. in sociology from the University of California at Berkeley and has been a fellow at both the American Academy of Arts and Sciences and the School for Advanced Research.

"Gretchen Purser, who recently finished a three-year term as undergraduate director for Sociology, is impressively dedicated to her students,” said Carol Faulkner, associate dean of the Maxwell School. “She is a devoted mentor, advisor, and teacher, who encourages students to understand and investigate complex and timely social issues in the local and national community."

Additional contributions may be made to the Ralph E. Montonna Fund. Contact Norma Shannon at nshannon@syr.edu.