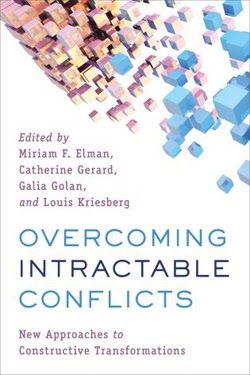 Overcoming Intractable Conflicts asks why, despite academic and policy efforts since the 1970s to transform intractable conflicts around the globe, many of these conflicts have recently erupted and progress has frequently reversed. The volume’s interdisciplinary contributors analyze new conditions that make such conflict more difficult to manage and discuss successful approaches for understanding and shifting both inter- and intra-national conflicts from around the world. Its case studies range from the changing geographies of international migration and how increases in national security practices can lead to serious human insecurities to an assessment of the strengths and weaknesses of intergroup dialogue for fostering community and solidarity among participants. The book views social conflicts as universal and thus comparable, and its contributors together urge policy and conflict scholars to rethink familiar concepts if they are ever to see success in addressing such seemingly intractable global conflicts.

Miriam Elman is an associate professor of political science who serves as the research director for the Program for the Advancement of Research on Conflict and Collaboration (PARCC). Trained in both political science and international relations, Elman is an Israeli studies scholar focusing on national and international security, the Israeli-Palestinian conflict, and academic freedom and free speech.

The book brings together analyses of U.S.-based conflicts with those from many regions of the world. International, intra-state, and local conflicts are explored, along with those that have been violent and non-violent. The diversity in disciplines among the authors provides a wide range of theoretical approaches to explaining how a variety of intractable conflicts can be transformed. Case studies of local, national, and transnational conflicts serve to illustrate this new landscape. These analyses are complemented by conceptual discussions relating to new conflict systems, actors, dynamics and strategies. Policy implications of findings are also presented. 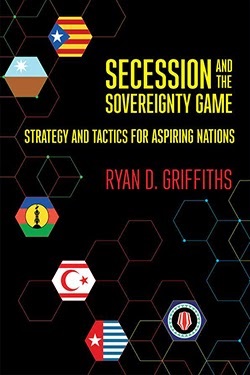 Secession and the Sovereignty Game: Strategy and Tactics for Aspiring Nations