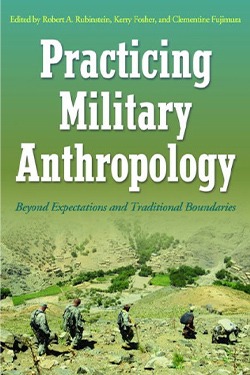 The relationship between anthropologists and the U.S. military has generated many heated discussions—at professional meetings and in the pages of scholarly books and journals—much of it based on supposition rather than empirical evidence.

The debates raise some fundamental questions: Who are military anthropologists? What do they do? In response, the authors of "Practicing Military Anthropology" offer deeply personal accounts of their paths to becoming military anthropologists, what their choices have meant both professionally and personally, and the challenges that they have confronted throughout their careers.