The European Union and the Rise of Regionalist Parties 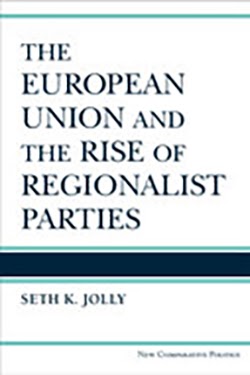 Rather than weakening the forces of nationalism among member states, the expanding power of the EU actually fosters conditions favorable to regionalist movements within traditional nation-states. Using a cross-national, quantitative study of the advent of regionalist political parties and their success in national parliamentary elections since the 1960s, along with a detailed case study of the fortunes of the pro-independence Scottish National Party, Seth K. Jolly, associate professor of political science, demonstrates that supranational integration and subnational fragmentation are not merely coincidental but related in a theoretical and predictable way.

At the core of his argument, Jolly posits the Viability Theory: the theory that the EU makes smaller states more viable and more politically attractive by diminishing the relative economic and political advantages of larger-sized states. European integration allows regionalist groups to make credible claims that they do not need the state to survive because their regions are part of the EU, which provides access to markets, financial institutions, foreign policy, and other benefits.

Ultimately, Jolly emphasizes, scholars and policy-makers must recognize that the benefits of European integration come with the challenge of increased regionalist mobilization that has the potential to reshape the national boundaries of Europe. 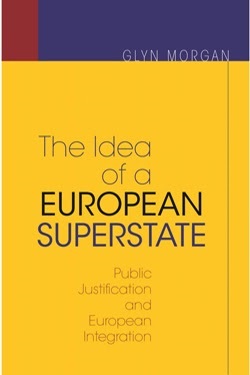 The Idea of a European Superstate: Public Justification and European Integration