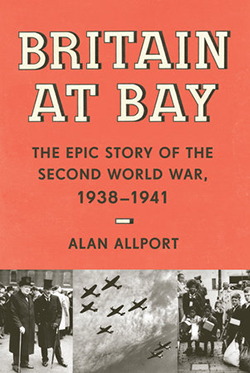 "Britain at Bay: The Epic Story of the Second World War: 1938-1941" (Knopf Doubleday Publishing Group, 2020), written by Professor of History Alan Allport, won the Historical Writers' Association 2021 Crown Award for nonfiction. According to the judges, "It changed our perspective, not just on Britain in the Second World War but on British national identity and the way that we deploy history more generally."