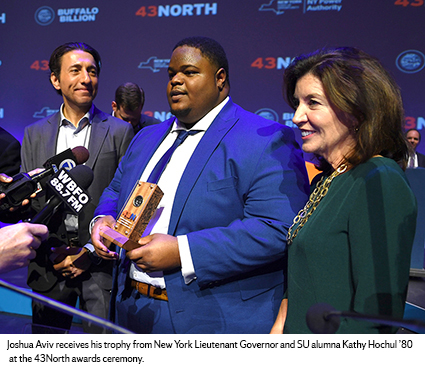 It's been thrilling to watch Josh take his project from the first gleam of an idea into the prize-winning successful company it has become,” says Professor Peter Wilcoxen, an economist who teaches about energy and environmental policy at the Maxwell School of Citizenship and Public Affairs and the College of Arts & Sciences, where he also directs the Center for Environmental Policy and Administration. “I remember when he first started talking about his idea for EV charging and his vision for bringing it into reality over the course of the semester. In fact, I still have his first business card from that semester on my wall. He's a born entrepreneur: smart, hard-working, a natural leader, and completely undaunted by obstacles."