Out of the Ivory Tower

It happens just about every time political science professor Kristi Andersen is out in the Syracuse area. Someone recognizes her from the locally produced public-TV series Ivory Tower, a weekly roundtable on current issues, and approaches her to talk about the show.

“Yesterday, to give you a random example,” Andersen says, “I was at Wegmans waiting for my daughter and two different couples came over, asked some questions about the show, and said how much they liked it. Later, I went over to pick up an order of sliced Brussels sprouts and both of the people who worked behind the counter turned out to be Ivory Tower fans. And that’s not unusual at all.” 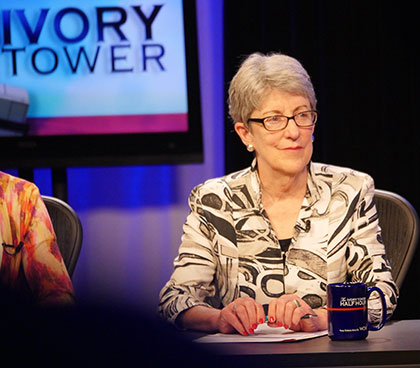 That response is gratifying to Andersen, who has always liked to communicate about public issues with people outside the academy, whether it’s talking with community groups or writing op-ed pieces.

Over the last 13 years, Ivory Tower has become a popular platform for reaching the general public in Central New York and beyond on a weekly basis. On average, 10,000 viewers tune in each Friday night to the show, on which Andersen and a panel of scholars from area colleges (including Maxwell graduate John Robert “Bob” Greene ’83 PhD [Hist], from Cazenovia College) discuss political and social issues, both national and local. Recent topics range from presidential contenders and the culture of policing to upstate New York’s struggles for power in Albany. The show recently celebrated its 500th episode on Syracuse’s WCNY and received a New York Emmy nomination.

Andersen has been a panelist on Ivory Tower since its inception back in 2002. Neither David Rubin, the show’s moderator and at the time dean of SU’s Newhouse School, nor any of the scholar/panelists had comparable experience on television, but the group quickly adapted to the medium and enjoyed exchanging views about topics both within and outside their areas of expertise. “It is a current events show and we are not lecturing to a class,” says Andersen, a Maxwell faculty member since 1984, “but we can still bring academic rigor to the issues we talk about.”

The Ivory Tower panelists don’t always agree, but they clearly listen to, engage with, and respect each other’s views. Modeling that kind of civil discourse is an important part of Andersen’s teaching at Maxwell — especially in the team-led MAX Courses (see “Team Approach” — and she sees it as one of the most important aspects of Ivory Tower as well.

“We’re reaching a lot of people every week,” says Andersen. “By the testimony of those who watch the show, we’re encouraging people to think rationally and carefully about important public issues. I think that is really important, and never more so than in these polarized times. They like that we’re not yelling at each other and we’re having a civil argument. They feel after all this time that they know us, and people enjoy that.” 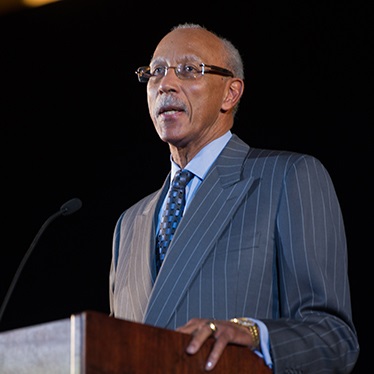 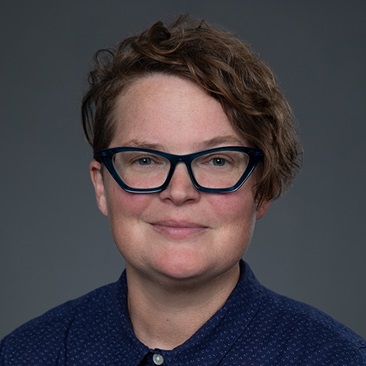