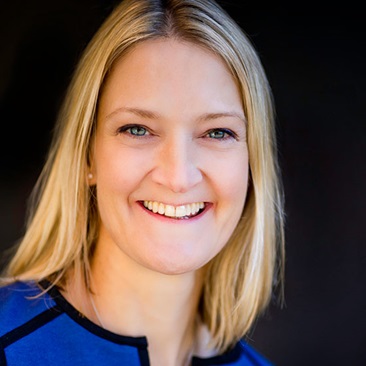 Poverty and hunger exist in many neighborhoods in the city of Syracuse, but because of shifting demographics over the past few years the areas of need have changed. Some sections of the city have sufficient access to supplies while others are consistently “food insecure.” Dale Johnson, executive director of the Samaritan Center, a hot-meal program serving the hungry in downtown Syracuse, tried for some time without success to get a comprehensive overview of which neighborhoods and age groups were well-served, which ones were not, and why.

“There really wasn’t a coherent picture of what was going on citywide when it came to food availability,” says Johnson ’74 B.A. (P.Sc.)/’01 M.P.A. (who also holds a J.D. from SU’s College of Law). In an effort to document the realities of hunger in the city, the center’s board of directors approved the formation of the Syracuse Hunger Project. The goal of the project was to bring together all agencies in the city that deal with the problem of hunger and to combine their information in one central database.

“Geography was the obvious discipline that would help us turn what we found into real pictures,” says Johnson. In fall 2003, he called Don Mitchell, professor and chair of the geography department at Maxwell, for help with the project. Mitchell discussed Johnson’s request with Jane Read, assistant professor of geography, who specializes in geographic information systems. She agreed to involve the students in her Principles of Geographic Information Systems course in the project.

“It was very clear to the students -- from the articles they read and from what Dale Johnson said when he came to talk to the class -- that this was an important project,” Read says. “It had real meaning, real consequences.”

The students, mostly junior and senior undergraduates, gathered data, including the location and operating hours of food pantries, the number of meals served, food stamp and WIC participation statistics, and census numbers, from human service agencies throughout the city. With specialized computer software, they turned the information into a series of maps -- high-impact portraits of poverty. Through their efforts, the picture of hunger in Syracuse, once a scattered and fragmented mosaic of bits and pieces of information, has been brought into sharp focus.

“To me, the most important thing is that the maps became a focal point for discussion by a diverse group of people around the city,” Mitchell says. “People from many different agencies and organizations came together around the table to look at the maps and talk about the problems in ways they never had before. Yes, the maps contain a great deal of information, but what they really did was to provide a means to talk about important issues in a way that minimized long-standing problems.”

“It was very clear to the students…that this was a very important project. It had real meaning, real consequences.”

Associate Professor, Geography and the Environment

Maria Mahar, nutrition services coordinator for the Senior Nutrition Program of the Onondaga County Department of Aging and Youth, found the maps to be an effective way to impart an abundance of information quickly. “People in our society like graphics and respond to the visual,” she says. “When people look at a map, it has more of an impact than reading data in research papers. Maps work well for people in all professions, and with the general public.”

She notes that without the Maxwell School and its students the project would not have been possible. “They had the technology and the people to do it,” she says. “The students were policy-minded and practical - they knew what was expected of them and functioned well as a group.”

“This was certainly the most rewarding and fulfilling project I did at Syracuse,” says Stephan Rice ‘04 B.A. (Geog./P.Sc.), a member of Read’s class. “It was a lot more than taking some figures and plugging them into a computer. We had a chance to go out into the community and became very motivated when we saw the locations we were mapping, meeting people in the streets and in the food pantries. There was so much meaning for us -- in fact, a number of people in the class actually volunteered their time to work in the pantries.”

At the unveiling of the maps last spring, the Syracuse Hunger Project presented a number of recommendations. This fall, for example, the Department of Aging and Youth is conducting a food-stamps enrollment drive in neighborhoods where the maps showed such needs to be especially high. Another recommendation was the hiring of a full-time community geographer, to be based at Maxwell; a funding drive for that position has begun.

The research continues, as well. This semester, body-mass studies are being added to the existing data to map correlations between nutrition and obesity. According to the Samaritan Center’s Dale Johnson, this will result in targeted public-education programs, conducted in cooperation with yet another partner, SU’s College of Human Services and Health Professions.

“There’s no end to the number of valuable allies out there,” he says. “That’s one of the great learnings of this project.”

This article appeared in the Fall 2004 print edition of Maxwell Perspective; © 2004 Maxwell School of Syracuse University.