The X Lab benefits government and nonprofits, in turn helping the clients they serve, while creating a sandbox in which to study real-world policy challenges. 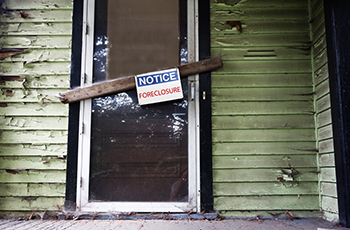 The X Lab's work with the City of Syracuse aims to reduce the number of tax-delinquent properties that end up in foreclosure.

The City of Syracuse tries very hard to not seize your tax-delinquent property. You receive overdue notices for two years and then, if you don’t pay, your case goes to Neighborhood and Business Development, which spends another six to nine months performing outreach, inviting you to workshops and trying to counsel you toward resolution. In those mailings, says planning liaison Mary Margaret O’Hara, the message is “This is actually happening and we want to help.” Sometimes that works. Sometimes it doesn’t.

Last year, Maxwell’s new X Lab offered to consult with the city on its property tax notices. Managing director Joe Boskovski brought behavioral science to bear on the problem. How do you build programs, procedures, and outreach that people actually respond to? What kind of message gets the desired reaction?

Boskovski redesigned the letter O’Hara’s department sends, trying to spur property owners into action. He added a large, graphic action-needed-now message to the letter. On the outside of the envelope, there was a handwritten message — actually handwritten: “Hey, Frank, you really need to call us!”

“It should be clear in a few seconds what someone’s asking you to do,” Boskovski says. “Otherwise, you’re gonna give up.”

"X Lab is a great marriage between the mission of the School and the interests of our scholars."
Co-founder Leonard Lopoo

It worked. “I got a lot of foot traffic,” O’Hara says. “It was like a wake-up alarm bell.” Not everyone was happy. “Some complained that the letter ruined their weekend,” she adds. But they’d finally gotten the message. The letter prompted almost $100,000 in otherwise unlikely payments.

Boskovski’s version of the letter had been sent to half of the 300-plus targeted properties. That kind of randomized, A/B testing is central to his methods. Now, though, O’Hara plans to send Boskovski’s letter to everyone.

The X Lab, created a year and a half ago, is already involved in nearly 20 projects — many serving local organizations, and a few not so local (like a project with social change incubator Beespace). In another local project, X Lab is helping Onondaga County cut down on health clinic no-shows. Again, the key was communications. “They were making phone calls, getting voicemail or no one,” Boskovski says. “We said we could create a text message that would get a better response.” Attendance is up at least 28 percent. Savings to the county are nearly $200,000.

Much like the field of economics, the public policy sector is learning to appreciate human factors in its successes and failures. Boskovski, a 2014 Maxwell MPA grad, recently worked for a U.S.-based branch of the British government’s Behavioral Insights Team, partnered with Bloomberg’s What Works Cities Initiative. He then approached Maxwell’s Len Lopoo (a PA professor who also directs the Center for Policy Research) and suggested that Maxwell would be the perfect place for something similar. X Lab was born.

"They were making phone calls, getting voicemail or no one. We said we could create a text message that would get a better response."
X Lab managing director Joe Boskovski

It has vast potential for other scholars. “X Lab is part of the reason I came here,” says poverty-policy expert Colleen Heflin, who joined the faculty last summer. She is formulating three projects that use X Lab methods. One will help Minnesota reduce inefficient administrative “churn” caused by SNAP program clients who inadvertently lapse from the program. With better engagement and clients who are steadily enrolled, program costs drop and clients receive regular benefits. As it stands, people often discover at the grocery store their SNAP card is empty. “Households are experiencing a real lack of services,” Heflin says. Another project would help engage transit-system users in Rochester, New York, in the development of customized call-a-bus-style systems. She’ll use “population-specific nudges to tell them about these programs” and later to solicit feedback.

Heflin is also advising an MPA capstone project this spring related to youth development programs in nearby Cortland County. This hints at another X Lab benefit: its projects will start to provide real-world sandboxing opportunities for Maxwell students. This X Lab benefit is embryonic, but virtually certain to grow.

In the meantime, the key beneficiaries are the organizations X Lab serves. It partners with public and nonprofit clients only, usually charging them less than they would expect to pay a private consultant. (The property-tax project was funded by the local Allyn Family Foundation.)

As such, X Lab extends the School’s public-service role. It has the same community impact already evident in Community Geography, undergraduate Public Affairs’s service-learning activities, the MPA cap-stones, and many other partnering and consulting initiatives. “It’s a great marriage between the mission of the School and the interests of our scholars,” says Lopoo.

The ultimate goal, Boskovski says, is not just “data-driven government” but “evidence-based decision-making in government.”

“What you often find in nonprofits and government is that staff are overwhelmed by what they are expected to do every day,” Boskovski says. “They are always immediately putting out fires.

“They’re inherently smart and good at their jobs,” he adds. “They need someone to provide that extra help. Or some-times they just need a fresh set of eyes.” It’s the main reason X Lab is such an important community service.

The city’s Mary Margaret O’Hara, for one, has begun to consider how the X Lab could assist with other projects. She thinks, for example, that X Lab methods could help contractors and small businesses improve participation in the city’s Minority Women Business Enterprise program. “There’s no limit,” she says, “to the ways they could help us.”

This article appeared in the spring 2018 print edition of Maxwell Perspective © Maxwell School of Syracuse University. To request a copy, e-mail dlcooke@maxwell.syr.edu.