Our primary goal is the academic and professional success of our students. Our faculty and staff put students at the center of their work. As teachers, scholars, facilitators and higher education experts dedicated to service in all its forms.

We strive to create a warm and inclusive environment that fosters the development of meaningful connections across the Maxwell community. 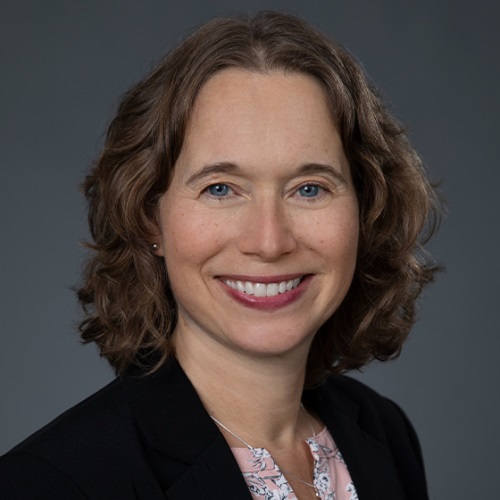 Colleen Heflin is the chair and professor of public administration and international affairs and associate dean of the Maxwell School of Citizenship and Public Affairs at Syracuse University. She is also a faculty affiliate at the Center for Policy Research and the Lerner Center for Public Health Promotion.

As a research and policy scholar for nearly twenty years, Heflin is regarded as a national expert on food insecurity, nutrition and welfare policy, and the well-being of vulnerable populations. Heflin’s research has helped document the causes and consequences of food insecurity, identify the barriers and consequences of participation in nutrition programs, and understand the changing role of the public safety net in the lives of low-income Americans. Heflin has published over 70 research articles and her work has appeared in leading journals such as the American Sociological Review, Social Problems, Health Affairs, Medical Care, and the Journal of Policy Analysis and Management. Her research is regularly funded by the National Institutes for Health, U.S. Department of Agriculture, the Robert Wood Johnson Foundation and the Russell Sage Foundation. 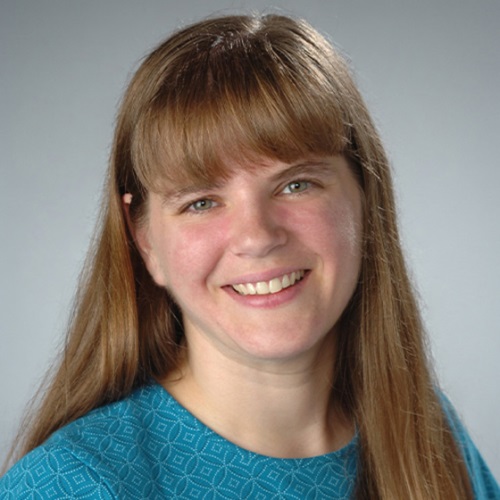 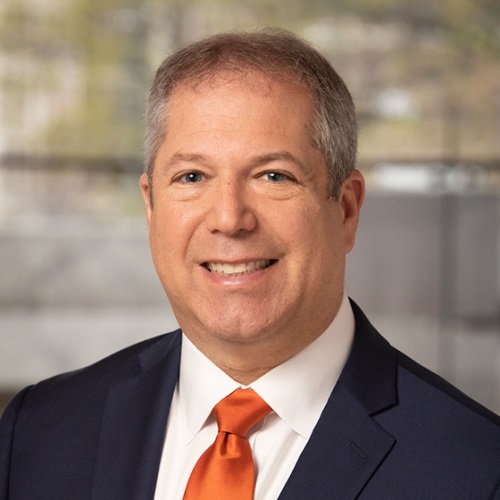 A scholar-practitioner of foreign policy and national security, Jacobson most recently served as the John J. McCloy Professor of American Institutions and International Diplomacy at Amherst College and prior to that at Georgetown University’s Walsh School of Foreign Service. His teaching and research interests include the history of propaganda and political warfare as well as how identity groups have used military service for community validation in the United States.

Jacobson previously served in government in a number of roles as both a civil servant and political appointee, including as special assistant to the secretary of the Navy, as the first deputy NATO senior civilian representative-Afghanistan and as a Presidential Management intern. Jacobson also worked on the staff of the Senate Armed Services Committee and as a Senior Transatlantic Fellow at the German Marshall Fund of the United States. He is a veteran, having served in both the Army and Navy reserves with mobilizations to Bosnia and Afghanistan.

Jacobson holds degrees from the University of Michigan, King’s College (University of London), and The Ohio State University (from which he earned a Ph.D. in military history). 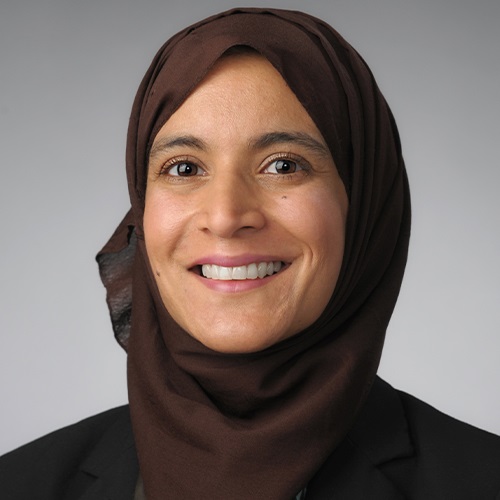 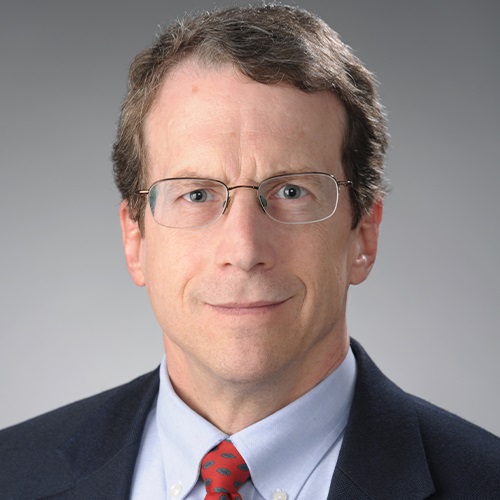 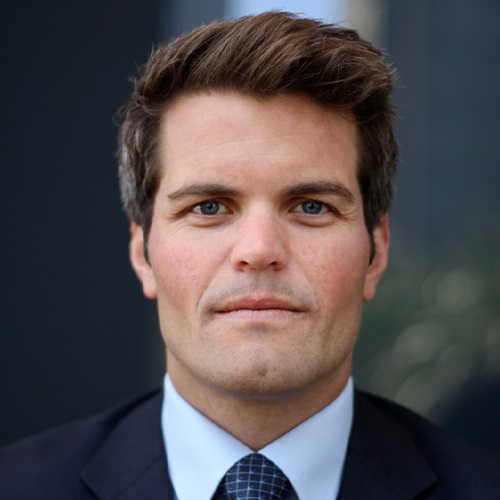 Michael John Williams joined the Department of Public Administration and International Affairs in the Maxwell School of Citizenship and Public Affairs as associate professor in fall 2020. He teaches courses on great power conflict, transatlantic relations and international security.

Williams’ research focuses functionally on international security with a regional concentration in 20th-century Europe and Russia. He has published extensively in both academic and policy outlets on the North Atlantic Treaty Organization, as well as on issues of war and technology. The author of three books, his most recent was "Science, Law and Liberalism in the American Way of War: The Quest for Humanity in Conflict" (Cambridge University Press). His work has been published in journals such as International Affairs, International Politics, International Peacekeeping, Global Governance and Cooperation & Conflict.

Williams is a Fellow of the Inter-University Seminar on the Armed Forces and the Royal Society for the Arts (UK). He has been a term member of the Council on Foreign Relations in New York and a senior associate scholar at the Center for European Policy Analysis in Washington, D.C. He held a Bosch Fellowship in the German Ministry of Defense, a Visiting Fellowship at the University of Oxford’s Rothermere American Institute, and a DAAD Fellowship at the Bundeswehr Center for Social Science in Potsdam. During his time at the German Ministry of Defense he was special advisor to the Parliamentary State Secretary for Defense. He was also an investigator in the Sustainable Peacebuilding Network, a collaborative research project involving 20 scholars from six countries, funded by the Carnegie Corporation of New York.

Williams is currently a Senior Non-Resident Fellow at the Atlantic Council of the United States in Washington, D.C., an affiliate of the think-tank IDEAS at the London School of Economics and co-editor-in-chief of the journal International Politics. 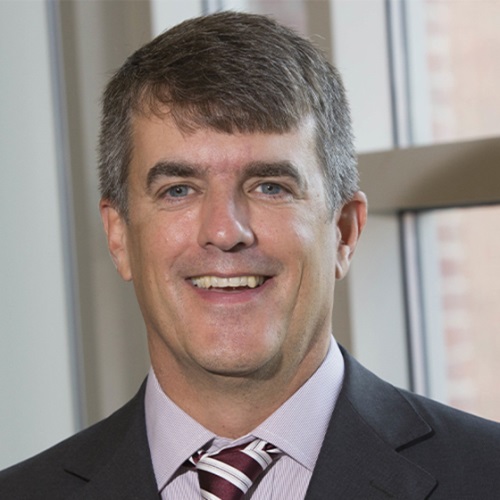 Steve is responsible for overseeing the School’s midcareer graduate degree programs (roughly 150 full- and part-time students from thirty countries around the world) and developing and managing various executive management training for both domestic and international audiences. Steve also teaches graduate level courses at the Maxwell School on subjects related to non-governmental organizations and civil society.

Starting as a World Teach volunteer in Thailand in 1991, Steve’s career path allowed him to live and work also in Cambodia, Laos and Vietnam and to become fluent in Thai and Vietnamese. Steve’s last assignment before returning to Syracuse University full-time in 2004 was as regional director of a Thai NGO, the Population and Community Development Association.

Steve also has experience as an information systems analyst while working for Computer Science Corporation (CSC) from 1989 – 1991. Steve is a graduate of Jamesville-DeWitt High School and his wife and three children are residents of DeWitt since 2003. Steven Lux has an A.B. in economics from Harvard College (1989) and an M.P.A. from the Maxwell School at Syracuse University (1997). 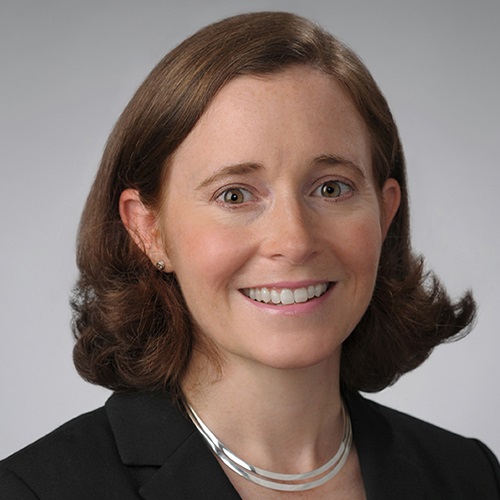 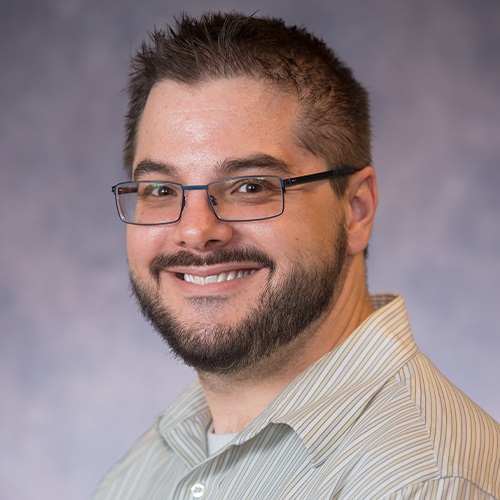 Josh advises all graduate professional students on their academic and professional development while at Maxwell to prepare the next generation of public and international policy and management professionals. Josh earned an M.A. in international relations from the Maxwell School. 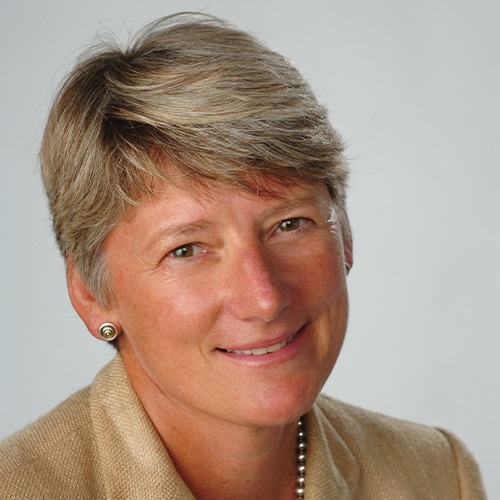 As assistant director of Executive Education Programs, Margaret directs the Humphrey Fellowship Program and is the contact for admissions and financial aid for the E.M.I.R. in D.C. 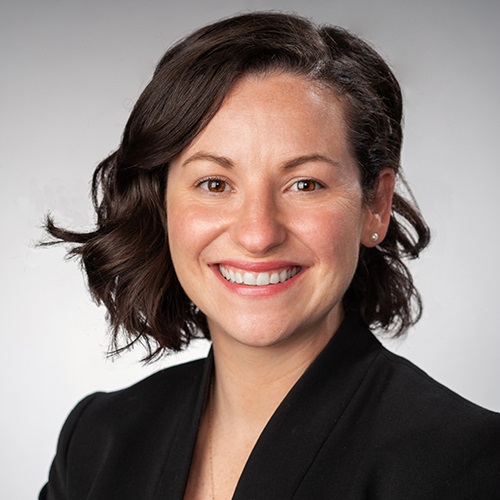 Stephanie is the primary point of contact for prospective students for the master of public administration, M.A. in international relations and the M.A. in public diplomacy and global communications programs. She leads recruitment initiatives and events in addition to application review and financial aid awarding processes. Stephanie has a “student first” approach and aims to bring in top quality, diverse and inclusive classes to the Maxwell School.

Stephanie holds an M.A. in media arts and studies with a focus in telecommunications policy and political science from the Scripps College of Communication at Ohio University as well as a CAS in public administration from the Maxwell School. She also holds a B.A in communication studies with a concentration in public relations and advertising from SUNY Cortland. Prior to joining the university, Stephanie served as a project assistant for Free Press, a nonprofit media policy advocacy group in Washington, D.C. In her free time, she enjoys skiing and paddle boarding with her dog, Harper. 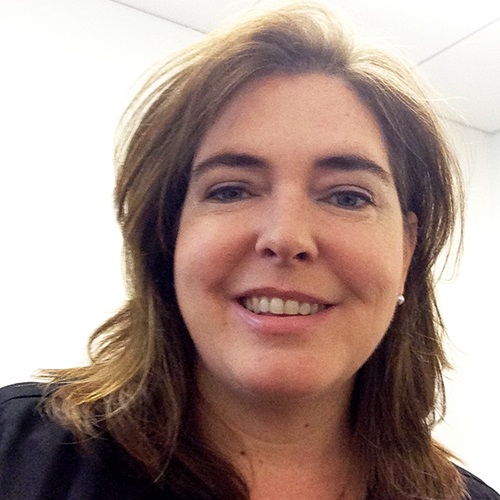 Samantha manages the myriad administrative responsibilities of the Center, including financial and faculty/staff support elements of the office. She also advises students on career and internship opportunities in Washington, D.C. She helps bridge academic training at Maxwell with the practicalities of preparing for a global career. 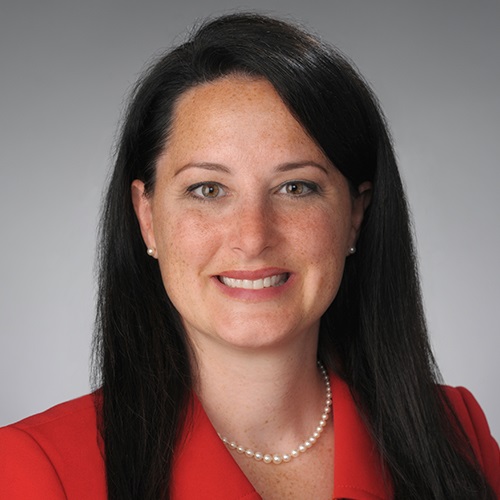 Heather works closely with the associate dean on the overall management of the department's fiscal resources. As the department's human resources point of contact, she assists faculty, staff and students on issues related to payroll, departmental searches, staff/student hires and faculty promotion and tenure. She has oversight of the administrative staff in the office and provides direction on all events for the department including M.P.A. Convocation, M.P.A. Colloquium and M.A. in IR Orientation.

Before coming to Maxwell, Heather worked in higher education for 20+ years, primarily as an admissions director. Since joining Maxwell in 2016, she has served as a senator for the University Senate, is a member of the Senate Honorary Degree Committee, chair of the Maxwell Staff Council Work Group, chair of the Maxwell Staff Recognition Committee, lead Facilitator for SEM100 and emceed at the 20th anniversary of Maxwell's annual staff training day—MaxPro. She holds a master’s degree in higher education with a focus in enrollment management. 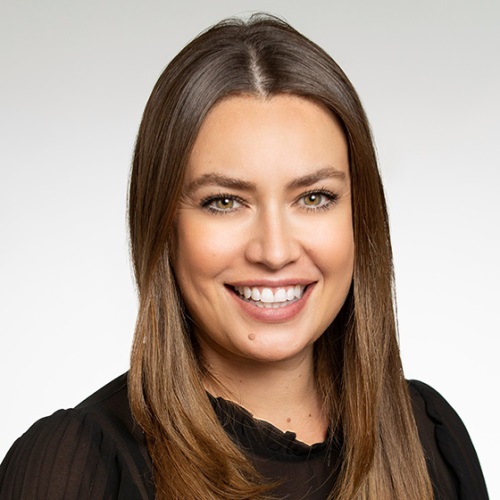 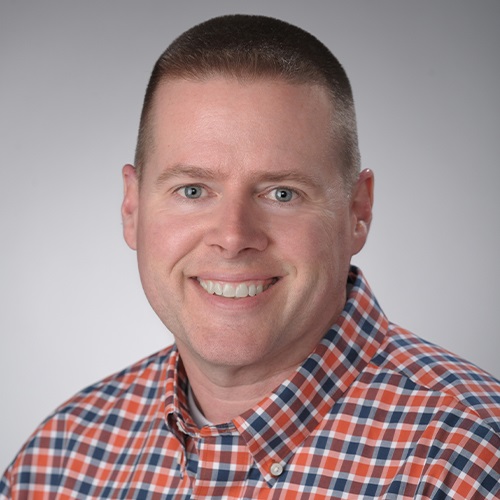 Ken maintains the department database and records for the graduate students. His main tasks involve admissions where he processes applications, coordinates with the EMC and SCIS to see that our international student’s documents are in order for a smooth arrival. Ken also serves as administrative support to the faculty director of the Ph.D. program in public administration. 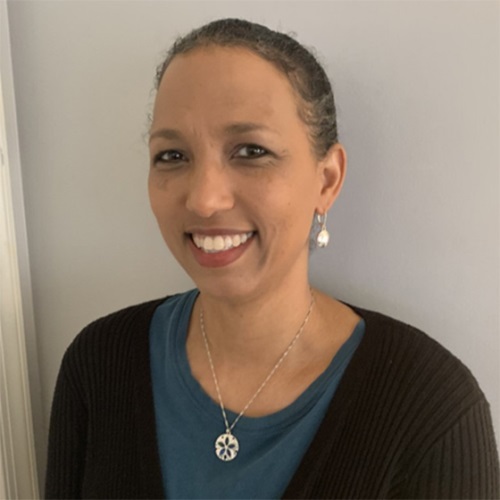 Melissa helps arrange our program schedule and class meetings, gather and disseminate information to students, as well as other administrative and logistics concerns. Melissa mainly works from home, but you will receive important messages and information from her electronically. 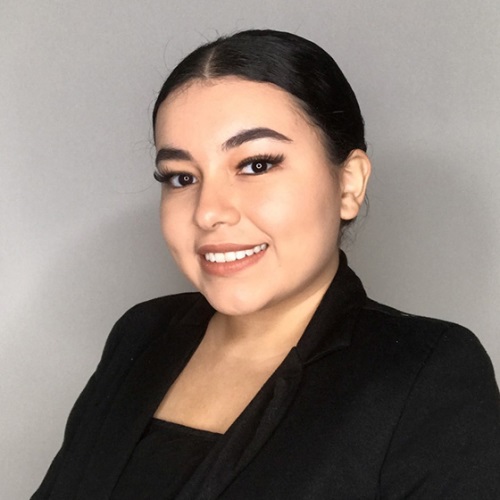 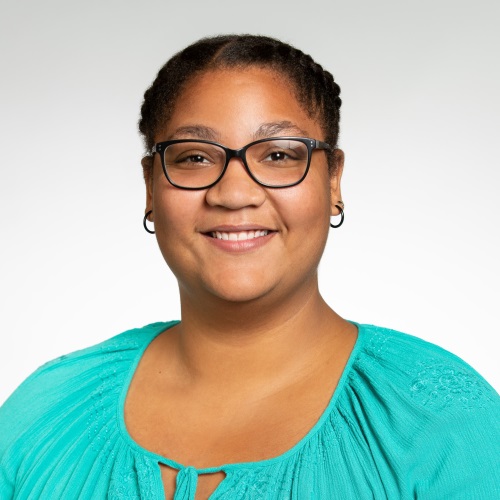 Assistant to the Chair, Public Administration and International Affairs Department

As office coordinator and assistant to the chair, Stephanie acts as the main point of contact for the office suite. She facilitates our department's faculty searches, accreditations, promotions and tenure, as well as faculty awards. Stephanie also plans PAIA’s student events including capstones, colloquiums, and M.P.A. Convocation.