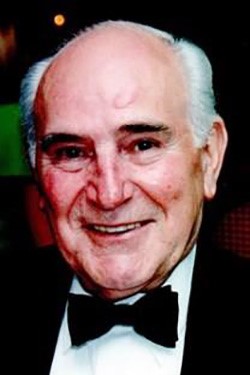 Future undergraduates majoring in history or economics at the Maxwell School will benefit from scholarship funds provided, in his will, by alumnus Dominick Cademartori ’52 BA (Econ).

Cademartori’s $30,000 gift is intended to extend the legacy of his own studies as a first-generation American and first-generation college student for whom college was nearly discontinued owing to financial hardship. (His brother signed over an Army paycheck to allow Cademartori to pay his tuition and continue at Syracuse University.)  After Maxwell, Cademartori served in the United States Marine during the Korean War, and then spent his professional career as an executive/owner of a trading house in the sugar industry. He was an active Syracuse alumnus who frequently attended class reunions and cheered for Orange basketball.

Cademartori, a resident of Chestnut Ridge, N.Y., passed away in August 2017 and his bequest was realized earlier this year. The first Cademartori Scholar will be named during this upcoming academic year.

Memorial donations may be made to Syracuse University in memory of Dominick A. Cademartori. For information, email Norma Shannon at nshannon@syr.edu.