An aspiring journalist pursuing multiple degrees makes the most of every day on campus.

Junior Dominic Chiappone trusts his gut. It rarely fails him. Like when he was weighing college admissions offers. No sooner had the Florida native visited three other campuses than the pandemic sidelined his trip to Syracuse University, where he was supposed to participate in a Leadership Scholars Spring Reception. No tour, no problem.

“I did my homework and knew that Syracuse was where I was supposed to be,” says the University 100 ambassador. Despite having never toured campus as a prospective student, Chiappone has since shown it to tens of thousands of others and their families. “Ours is a Goldilocks campus,” he continues. “It’s not too big and not too small, but just right.”

Chiappone is making the most of his undergraduate experience. A member of the Renée Crown University Honors Program, he is a double major in history at the Maxwell School and College of Arts and Sciences and broadcast and digital journalism at the S.I. Newhouse School of Public Communications.

“I’ve been able to forge my own academic path, connect with soon-to-be lifelong friends and discuss the wonders of the world with professors. There aren’t enough words to describe what Syracuse means to me—how it’s changed my life and made me into the person I am today.”

Double major in history and broadcast and digital journalism

He also plans to round out his minor in Spanish with one in sport management. “I’m like a cheerleader,” says the aspiring journalist, who works for the student-run Daily Orange, WAER radio and CitrusTV. “I never get tired of talking about Syracuse University.”

He adds, “I’ve been able to forge my own academic path, connect with soon-to-be lifelong friends and discuss the wonders of the world with professors,” he says. “There aren’t enough words to describe what Syracuse means to me—how it’s changed my life and made me into the person I am today.”

Chiappone says he became fascinated with history and politics in high school, where he competed on the debate team. He started out as a history major, later adding journalism given his interest in sports and political journalism.

He says his Maxwell School studies have allowed him to see the country and world “through a new lens.”

“I learn about responsible citizenship by exploring different views and perspectives,” he says. “I’m also able to connect with Maxwell faculty outside of class, often over lunch or a cup of coffee. My professors are genuinely interested in my academic development.”

Some of the most influential Maxwell faculty members have included Paul Hagenloh, associate professor of history, who Chiappone says was “engaging and provided constructive feedback.” “My research papers are so much better because of his guidance,” he adds.

Another favorite is Tessa Murphy, associate professor of history. “She gets props for making The Age of the American Revolution come alive,” he says. “Her course is a deep dive into the peoples and ideas of British America.”

While a student, Chiappone has taken advantage of opportunities such as a summer session abroad at Syracuse Madrid. He said it was great living in an international city, immersing himself in the language and studying Spanish history and film. “I loved taking the Metro to different parts of Madrid and meeting its people, many of whom were immigrants from around the world,” he adds.

More is on the horizon: Chiappone has recently been invited to intern for U.S. Sen. Chuck Schumer and to cover men’s and women’s basketball for the sports blogging juggernaut SB Nation. “I’m also working on a book—my first—about the history of the NBA,” he adds.

His favorite aspect of the University? The people.

“From serving as a campus tour guide to greeting families at open houses, I meet many fascinating people in my role at University 100. Most of them are excited to visit Syracuse for the first time; some are a little nervous. That I get to help them make a life-changing decision is a big honor. I don’t know how many students have recently come up to me and said, ‘You might not remember me, but I remember you, Dominic. You convinced me to come here.’ That makes me proud.” 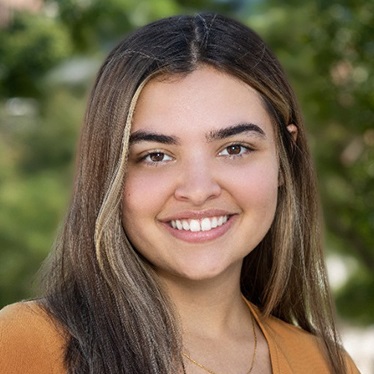 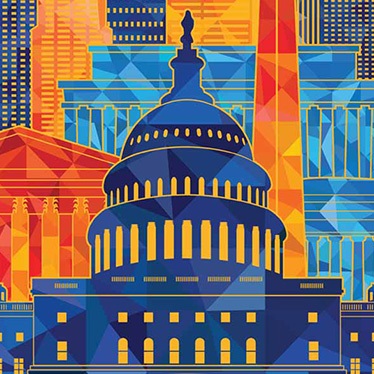 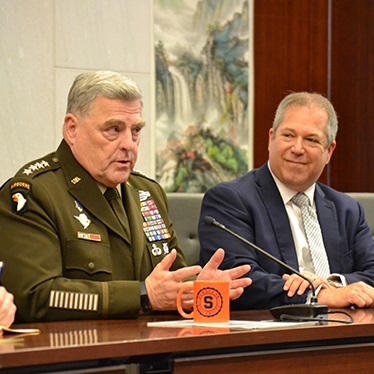