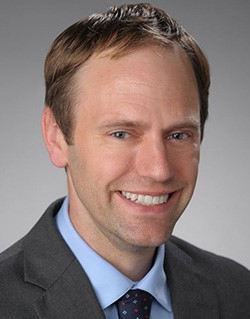 Arras’s book explores the history of the still-popular late-1990s sitcom Seinfeld — how the show’s ideas are woven into popular thought and behavior, and how it challenged previous conventions of television comedy. The book studies Seinfeld’s creators, its supporters (and skeptics) at NBC, and its cast; and it pays close attention to the writing of the show, offering a fresh look at the show’s episodes and broader cultural impact. Arras explains what the show reveals about the decade in which it was made, and its legacy for present-day viewers.

Arras teaches communication studies at SUNY Cortland. His first book – growing from his graduate studies at Maxwell – was The Lonely Nineties: Visions of Community in Contemporary U.S. Television (Palgrave Macmillan), which contained a chapter on Seinfeld, among other TV shows. In addition to his Maxwell degree, Arras holds a bachelor’s degree from Syracuse University’s Newhouse School of Public Communications.

For more on the book, see this syracuse.com article and this publisher’s page.