Breaking Sudan: The Search for Peace 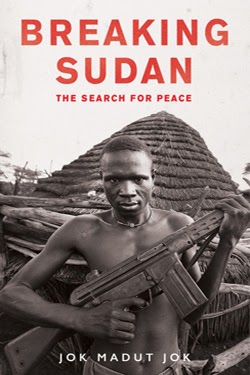 After decades of civil war, the people of southern Sudan voted to secede from the north in an attempt to escape the seemingly endless violence. On declaring independence, South Sudan was one of the least developed places on earth, but with the ability to draw upon significant oil reserves worth $150 million a month, the foundation for a successful future was firmly in place. How, then, did the state of the new nation deteriorate even further, to the point that a new civil war broke out two years later?

Today, with both Sudans still hostage to the aspirations of their military and political leaders, how can their people escape the violence that has dominated the two countries' recent history? By giving voice to those who, after the break-up of Sudan, have had to find ways to live, trade and communicate with one another, Jok Madut Jok, professor of anthropology, provides a moving insight into a crisis that has only rarely made it into our headlines.

"Breaking Sudan" is a meticulous account, analyzing why violence became so deeply entrenched in Sudanese society and exploring what can be done to find peace in two countries ravaged by war.