President Joe Biden issued an executive order forming the Presidential Commission on the Supreme Court of the United States, comprised of a bipartisan group of experts on the Court and the Court reform debate. History shows that debates over changing the Court’s size and structure have generally taken place during periods of crisis in American democracy. "Throughout U.S. history, crises of democracy have prompted discussions of Supreme Court reform because the court itself has often been perceived as a barrier to democratic preservation and renewal," writes Thomas Keck, Michael O. Sawyer Chair of Constitutional Law and Politics. His article, "Biden is considering overhauling the Supreme Court. That’s happened during every crisis in U.S. democracy," was published in the Washington Post. 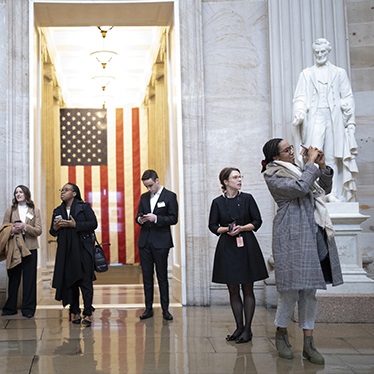